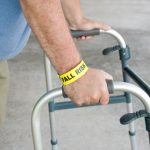 Falls happen all the time. They happen in all different ways and in all different places. If you fall, then it is nothing to be ashamed of and it’s to be embarrassed about. We find that many nursing home residents fall every year in Tennessee and in every other state for that matter. When they do, it is important to figure out the underlying cause of the incident.

It could have just an accident or it could have been the result of the nursing home’s own misconduct. If it was the latter, then you could potentially bring a lawsuit to recover damages for the event. In the sections that follow, we have summarized some Tennessee nursing home lawsuits to introduce you to this field of law:

He was wandering around the premises unattended when he tripped and fell over some maintenance equipment. How he got away from the watchful eyes of nursing home employees and into that service area was not determined.

What was known was that he seriously injured himself in the tumble. Once staff spotted him, they brought him to a doctor so that he could be examined and treated. He broke his leg and exacerbated other issues that he already had. After the events took place, he and his family were adamant about not returning to the same nursing home.

Then, they sued the original facility for negligence and for the damages that arose because of this fall. They complained that it was responsible because it should have kept better watch of him. The nursing home did not want to admit to any of these charges or lose on them in trial so it quickly moved to settle the matter. The man received a settlement for the following damages:

The facts and circumstances of this exact accident are murky at best. For one thing, the resident himself was mentally impaired prior to and after the event from a long-standing health condition. Then, there were no employees in the room at the time of the fall.

Therefore, it made explaining the nature of the event rather difficult-to say the least. One thing was certain though and that was that it was not a minor accident.

Staff at the facility could tell right away that he was seriously injured and needed emergency medical attention. They rushed him to the attention of doctors so that they could set the bones that had fractured and determine if there were more threatening injuries.

Thankfully, he did not suffer any head trauma but the brute physical toll of the fall did leave him in pain and agony even after the bones had healed.

To recover for this and the costs and related tolls this took on him, he sued the nursing home. This was a pretty straightforward negligence action and the nursing home did not contest the matter long. It lasted close to the average length of time for a Tennessee nursing home lawsuit.

He recovered a little under the average but that could be explained by the fact that his injuries were mostly short-term.

The defendant lost though because a number of failures including the following:

The woman that filed this cause of action fell in her bathroom and had to wait a significant amount of time before nursing home employees arrived to help her. Once she was seen by a doctor, he was able to stabilize her condition and treat her physical injuries.

However, she still complained of pain and mental trauma after the events had transpired so she brought a case. The suit targeted the nursing home and alleged it was negligent in the care and supervision of her.

Specifically, it listed a number of mistakes such as the following: inability to respond to her fast enough; lack of proper controls for washroom safety; and general failure to keep her safe and healthy. The defendant came in and offered approximately half of the plaintiff’s demand.

Once it rose that figure to about thirty percent below the demand, they eventually compromised.

Here’s why that number makes sense:

The man at the center of this storm was elderly and infirm. He was in a community room when nursing home staff mishandled him and he was shoved to the ground. Incident reports vary on how exactly he fell to the floor. Some suggest that he was intentionally thrown while others read that it was all an accident.

However, that immediately became irrelevant because what was apparent was that he was seriously hurt. In fact, once he was taken to the hospital, he started to develop respiratory and heart complications most likely from the trauma of the event.

Due to this series of events, he was moved to the emergency ward of the hospital but it was all for naught. He died the next day.

Promptly after this development, lawyers for his estate brought a wrongful death and negligence lawsuit against the nursing home and medical contracting company that was providing services to the home.

The lawsuit alleged that they both negligently combined to injure and cause the death of the decedent. Consequently, it set out various forms of compensation that they felt legally entitled to including expenses, companionship, and suffering.

Both defendants leaned heavily on the theme that the man was already old and sick and did not have a long life-expectancy. However, this only got so far and with such a traumatic event that kicked all of it was hard to avoid the appearance of misconduct.

Thus, not long after the commencement of trial, all three parties were able to work out their differences in settlement and here is what each contributed to the estate:

The resident who brought this action fell coming out of a transport bus. He dislocated his shoulder and broke his hip. Other than that though, and thankfully, he did not suffer any other serious harms like a traumatic brain injury.

Nevertheless, all of the injuries that he did sustain required attention and rehabilitation. When he got out of recovery, he was left with bills and substantial discomfort never mind the pain and suffering he endured during the affair.

He sued the nursing home that was taking care of him at the time of fall and alleged that it committed a variety of negligent mistakes all of which led to his damages.

Hopefully, in the preceding sections, you were able to get a good sense of how nursing home fall accidents translate into viable lawsuits.

However, review these pointers to make sure you grasped the main themes of this caselaw:

Did Your Loved One Fall in a Tennessee Nursing Home?

If you fell, then give us a call. Someone from Nursing Home Law News would be happy to speak with you about how you can recover and move on from the accident. Plus, if you need to bring a suit, then we can do that for you and at no upfront cost.

We’ve helped others and we can help you too! Just contact our offices to hear about what you can recover!

If you would like to learn more about nursing home cases in Tennessee, please read the following pages:

For information on local facilities and attorneys who have experience prosecuting these cases, please refer to the pages below: