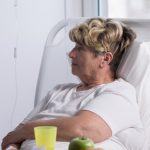 A lot of nursing home residents and families of people that live in nursing homes do not take serious time to learn about the subject of bed sores. They are also commonly referred to as pressures sores or decubitus ulcers and come about from pressure or friction (through a process known as shearing). Keep in mind, this is a serious issue. It can lead to amputation or even death.

The most vulnerable groups to suffer bed sores are those that have limited mobilities including those confined to beds or wheelchairs for much of the day. To help you learn about this growing and critical concern, we have summarized some Tennessee nursing home lawsuits below that touch upon the topic of bed sores.

If you have questions or think you might be in danger of contracting a bed sore, then give us a call. The nursing home abuse attorneys from Nursing Home Law Center can walk you through every step to make sure you are protected.

Tennessee nursing home bed sore case. This cause of action was brought on behalf of a female nursing home resident. She suffered from diabetes, obesity, heart disease, and other problems but this suit was specifically over her bed sores. She did not have any prior to her admittance to the nursing home. However, in the course of her stay at the facility, she developed them along various parts of her body and some of them got to stage three.

Once her representatives were able to investigate the circumstances of these developments, they realized that the nursing home was not properly or regularly repositioning her or examining her in order to identify and treat bed sores. It was at this point that they filed a lawsuit to recover damages for the pain, expense, and trauma of the experience.

She alleged that the nursing home’s negligent care was the cause of this progression and sought financial compensation for her legal recourse. The defendant sidestepped and pointed to the woman’s serious pre-existing conditions but entertained the notion of settlement and came in approximately fifty thousand dollars under the plaintiff’s final demand.

The plaintiff accepted this amount. This case is interesting because there was not much the nursing home could have done given the woman’s original problems. It highlights the heavy burden homes have to care for residents and prevent them from contracting sores.

Tennessee nursing home bed sore case. The man who brought this case came into the nursing home as a serious risk for sores. His representatives and doctors gave clear warning to the facility staff that his lack of mobility rendered him vulnerable to the onset of bed sores and other debilitating conditions.

However, as happens all too often in nursing homes, these caution signs were ignored or not followed carefully enough. The resident contracted bed sores and some of them got all the way to stage four before they were taken care of and stabilized. Consequently, he had to receive multiple rounds of surgery and ended up needing long-term rehabilitative care.

This came at great expense and injury all of which he sued for in a Tennessee court. The defendant nursing home did not want to see this matter drag on any longer than it had to so it looked to find an agreeable exit. Both sides settled a little under one year after the complaint was filed.

Tennessee nursing home bed sore case. Staff at the nursing home in question for this lawsuit found bed sores along the resident’s upper thigh. They eagerly advanced a course of treatment designed to prevent their growth as well as stop them from becoming infected and affecting the surrounding bones, muscles, and tissues.

Unfortunately, after all of this work, the pressure sores still continued to grow and cause him pain. Therefore, at a certain point, more advanced professionals were needed to come in and give him advice. They decided that the best route for care would be surgery-debridement specifically which attempts to peel away and remove the affected skin area.

This procedure generally has the most success when the bed sores are in their earliest stages. Thankfully, they got to them before it was too bad. They had not entered the neighboring area and did not pose a threat to his long-term health on an ongoing basis following the debridement. However, he still was in recovery which meant pain and suffering.

Plus, he sustained significant scarring from the events. For these and related injuries, he sued the nursing home for negligence. It demurred but compromised in settlement for $170,000. The money was attributed to these crucial damages categories;

Tennessee nursing home bed sore case. This dispute occurred after the affected resident was transferred back to the nursing home from a hospital. While at the hospital, she was put through a rigorous course of treatment for bed sores that had developed in a prior institution.

Therefore, when she got to the final nursing home, the prevention and further care of these sites was at the top of the agenda. However, despite the best efforts of the nursing home staff and management, they only worsened and after a while she needed to go back to the emergency room.

When she eventually filed suit against the facility, it was really only about recouping damages that accrued specifically from the sores that emerged while she stayed there because she understood that her pre-existing condition was not the fault of that nursing home. Both sides settled out of court for the amount listed above.

Tennessee nursing home bed sore case. This lawsuit tragically involved the death of a middle-aged woman from the contraction and complication of bed sores. Never having a history of this disease, she moved into the nursing home where the events occurred a healthy woman, albeit handicapped.

However, as often happens with people that have limited range of movement and are required to stay in one position for long periods of time, she developed bed sores. While they were treated an ongoing basis, sepsis eventually emerged and it was this development that threatened and eventually took her life.

She was survived by several family members and they collectively filed an action against the nursing home and treating medical providers. While the woman’s pre-existing handicap afforded both defendants a certain amount of refuge, it was not infinite. Plus, plaintiffs’ lawyers were adept at pointing out various mistakes committed by both defendants. Over time, the cost of trial appeared too weighty compared to settlement and the estate received $550,000 split between each of the two defendants.

Review these takeaways to guarantee that you understand the major developments in Tennessee nursing home lawsuits with bed sores:

Did Your Loved One get Bed Sores in a Tennessee Nursing Home?

If you would like to learn more about nursing home negligence cases in Tennessee, please read the following pages: