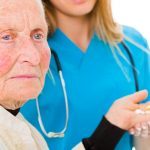 Tennessee is not alone in its problem of abuse in nursing homes. Residents constantly suffer from various and serious forms of abuse: physical, mental, medical, and even sexual.

Unfortunately, many victims and families of victims don’t understand their rights when they are put in these intolerable situations. Therefore, we summarized some Tennessee nursing home lawsuits below so that you can learn about how you can recover if you are abused in such a facility.

Certain forms of abuse in nursing homes are not intentional. They do not involve assault or battery or any other typical breed of violent misconduct. However, that does not make their consequences any less severe for the people that suffer.

This cause of action was indicative of that kind of passive abuse. The man who experienced it was in his late eighties, on the support of an oxygen tank, and set to a strict regimen of medications. Over the course of several months, nursing home staff failed to provide him with the appropriate kind and quality of care on numerous occasions.

Eventually, he needed to be hospitalized but his health rapidly declined before physicians could do anything. He passed away in that location.

On behalf of his family, lawyers for his estate drew a connection between his death and the home’s negligence in a complaint filed in Tennessee court. It alleged multiple errors and contended that this cut short his life.

The nursing home denied and demurred but to what extent we do not know because the case was settled approximately six months after the commencement of trial.

Here are a few reasons why the amount fell below the wrongful death average in nursing home lawsuits:

This case posed an interesting but growing issue: the care and maintenance of nursing home residents with diabetes. The problem of diabetes can arise from birth or it can emerge over time through lifestyle choices and social circumstances. In this instance, it is not clear which route the resident took to his circumstances but he definitely had diabetes.

Over several months, his condition deteriorated substantially. His doctors analyzed his circumstances and concluded this was largely a factor of diabetes and the related complications that it invokes in patients.

However, there was something substantial left out of this picture: the malpractice of the nursing home. He was not getting his proper medication, nutrition, or hydration while living at the facility. The representatives of the resident concluded themselves that this had more to do with his poor health than a natural evolution of diabetes especially considering the short timeframe within which it all transpired.

Thus, they filed a lawsuit in Tennessee court and maintained that the nursing home’s negligence was to blame for these developments. The defendant facility stuck with what the doctors said until nearly the end of trial when they both finalized a settlement and avoided the prospect of a jury award.

The plaintiff received $425,000 for his long-term pain and treatment, expenses, and past suffering as well as various court and related expenses.

One resident in this controversy cracked his jaw and the other broke his hand in an altercation that moved from words to actions rather quickly. This cause of action highlights the liability nursing homes carry as general supervisors and guarantors of residents’ safety. Both men that got into the fight were suffering from different kinds of mental deficiencies.

They exchanged haughty words, shoved each other, and then both fell to the floor. Due to their disabilities, it was nearly impossible to determine who began the affair or who started the physical portion of their disagreements.

Plus, it is inherently the job of the nursing home to protect mentally handicapped residents from themselves. That is why when the more battered of the two individuals sued the nursing home he experienced little resistance. Both sides settled relatively for lawsuit standards.

This matter began as just a simple instance of assault and battery but it soon escalated into something much more. An employee assaulted a female resident as she laid in her bed. However, the shock of the event gave her such a traumatic response that she developed heart complications.

Once she was secured from the man’s reach, an ambulance took her to a hospital for analysis. Doctors figured out that she had a minor attack. They advised her to stay in recovery and then advanced an aggressive path of treatment.

Not content to remain quiet, the woman sued the nursing home and pressed charges against the man.

As against the nursing home, she faulted the company with a dereliction of duty. She maintained that it should have better protected her and screened out this bad apple of an employee.

With the negative attention of the whole ordeal, the nursing home did not want this matter to drag on any longer than it had to so it looked to settle where it could. Eventually, the two sides found a number that worked for both of them and the woman was left to pursue an action against the man.

Abuse incidents that turn into nursing home lawsuits have many moving parts and it can be difficult to keep track of everything that’s going on but here are some takeaways to help you focus:

Were You or a Loved One Abused in a Tennessee Nursing Home?

Attorneys at Nursing Home Law News have experience with residents who have been abused by nursing home staff, other residents, or different parties. We help explain how you can seek recovery in Tennessee and then we put all the pieces together to achieve the maximum compensation allowed under the law.

Plus, we do it all at no upfront cost so that your mission can be moving on from the affair. Do you want to know what you obtain in court? Then, call our team now and tell us about what happened to you. We look forward to hearing from you!

If you would like to learn more about nursing home cases in Tennessee, please read the following pages:

For guidance on Tennessee laws and regulations applicable to nursing homes, look here.

For information on local facilities and attorneys who have experience prosecuting these cases, please refer to the pages below: