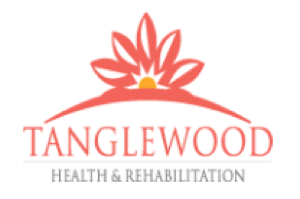 Is your loved one currently residing in a Shawnee County nursing facility and you are worried that they are being victimized through mistreatment or abuse? Do you suspect that their facility-acquired pressure wound or injury from a fall is the result of a lack of quality care? If so, the Kansas Nursing Home Law Center attorneys can help.

Let our team of lawyers work on your family’s behalf to ensure you receive financial compensation to recover your monetary damages. Time is of the essence. All necessary paperwork must be filed in the appropriate Kansas county courthouse before the statute of limitations expires.

This nursing home is a Medicare and Medicaid-participating "for profit" center providing cares and services to residents of Topeka and Shawnee County, Kansas. The 54-certified bed nursing facility is located at:

Federal investigators penalize nursing facilities with monetary fines and denied payment for Medicare when the nursing home had been cited for serious violations of rules and regulations. Over the last three years, the facility received four formally filed complaints that all resulted in citations. On February 23, 2017, Medicare denied payment to Tanglewood Nursing and Rehab Center for services rendered, citing substandard care.

Your family can visit Medicare.gov and the Kansas Department of Public Health website to obtain a complete list of all violations, citations, and deficiencies identified by investigators and surveyors.

According to investigators, “the facility failed to develop an accurate MDS (Minimum Data Set) Assessment to reflect a major decline in the resident’s status that resulted in hospice services.” However, a review of the resident’s Care Plan “lacked an initial Hospice Care Plan.”

The survey team reviewed the Hospice Orders dated June 21, 2018, indicating that “the resident had a life expectancy of six months or less if the terminal illness ran its normal course.”

In one case, the resident was receiving antipsychotic medication and antidepressant medication. The resident’s Care Plan dated July 23, 2017 documented that “the resident received an antipsychotic medication due to behavior management [and other medical condition]. The Care Plan directed the staff to administer medications as ordered, observed a document for side effects, consult with the pharmacy and Physician to consider reduction when clinically appropriate and monitor and document behaviors.”

However, a review of the resident’s clinical records “lacked documentation for behavior monitoring [of the medications the resident was receiving] from June 22, 2017, through August 16, 2017.” The investigator stated that the “facility failed to monitor the effectiveness of this cognitively impaired resident’s medications.”

The nursing home “failed to provide a safe, clean and comfortable environment for residents residing in the facility.” The surveyor’s findings included notations at 10:00 AM on December 17, 2018 “during a check of the facility’s call light system, approximately ten resident’s bathrooms were noted to have a dirty toilet.”

Documents show that residents had complained that the Resident Council Meeting that the housekeeping staff “were not cleaning their toilets for [numerous months].”

Mistreated at Tanglewood Nursing and Rehabilitation Center? We Can Help

Do you suspect that your loved one is the victim of mistreatment while living at Tanglewood Nursing and Rehabilitation Center? Contact the Kansas nursing home abuse lawyers at Nursing Home Law Center at (800) 926-7565 for immediate legal intervention. We represent Shawnee County victims of abuse and neglect in all areas including Topeka.

It is always free to discuss your case with our legal team. We provide a 100% “No Win/No-Fee” Guarantee, meaning you will owe us nothing until we can secure financial recovery on your behalf.