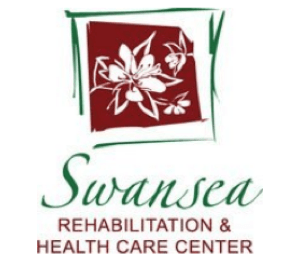 Mistreatment in nursing homes is often the result of the nursing staff, doctor, employee or other caregiver failing to provide the best services according to established standards that result in wrongful death, serious harm or injury. Other times, the victim is physically or sexually assaulted by other residents or intimidated and embarrassed by others. When a patient is harmed, the law provides every family an avenue to receive financial compensation through a civil claim.

If your loved one was mistreated while residing in a St. Clair County nursing facility, contact the Illinois Nursing Home Law Center attorneys for immediate legal assistance. Our team of Chicago nursing home neglect lawyers has successfully resolved cases like yours. We use the law to hold those responsible financially accountable. Let us begin working on your claim now.

This long-term care (LTC) facility is a "for profit" 94-certified bed long term care center providing services to residents of Swansea and St. Clair County, Illinois. The Medicare/Medicaid-participating home is located at:

When investigators working for the federal government identify severe violations of nursing home rules and regulations, they can penalize the facility by a denial of payment for Medicare services or impose monetary fines.

During the last three years, nursing home regulatory investigators imposed two massive monetary fines against Swansea Rehabilitation Health Care due to substandard care. These penalties include a $20,243 fine on January 19, 2016, and a $104,540 fine on July 12, 2016, for a total of $124,783.

Also, the facility received thirty-two formally filed complaints that resulted in citations. Additional information about penalties and fines can be reviewed on the Illinois Department of Public Health Nursing Home Reporting Website concerning this nursing facility.

To be fully informed on the level of care nursing homes provide, families routinely research Medicare.gov and the Illinois Department of Public Health website database systems. The sites post a comprehensive list of filed complaints, safety concerns, opened investigations, health violations, incident inquiries, and dangerous hazards. This information provides valuable content to make a well-informed decision of where to place a loved one who requires the highest level of health care and hygiene assistance.

In a summary statement of deficiencies dated September 21, 2017, the state investigative team documented that the facility had failed to “implement interventions that were implemented after a fall for one of four residents reviewed for fall risk.”

The survey team reviewed a resident’s Nurse’s Notes dated August 3, 2017, that shows that the resident was noted “to be lying on the floor at the foot of her bed, upon physical assessment, the resident noted to have sustained a two-inch by six-inch bruised, laceration to the left side of her abdomen. These notes continue, on August 4, 2017, stating that the interdisciplinary team discussed the event of August 3, 2017, where the resident stated she fell.”

The investigation “revealed the resident was attempting to self-transfer from the bed to the wheelchair. Intervention [included the] wheelchair removed from the resident’s room to prevent the resident from attending this activity.” A review of the resident’s Care Plan dated August 3, 2017, shows that the “staff to place a wheelchair in the hallway when not in use.”

However, observations of the resident’s room at 2:00 PM on September 18, 2017, showed “two wheelchairs in the resident’s room. One was located three feet from her bed.” At that time, the resident “was in her bed sleeping.” There were “no staff or visitors present in the area at the time.”

The following day on September 19, 2017, at 10:00 AM, “two wheelchairs were in [the resident’s] room with one located three feet from her bed. Again, no staff or visitors were present in the area at the time.”

The Administrator said that “he felt the staff are following the Care Plan properly.” The investigators reviewed the facility’s Fall Prevention Policy that reads in part:

“After resident fall, the unit nurse will assess the resident who had a fall [and what the staff on duty will do] to help identify circumstances of the event and appropriate interventions.”

The facility’s Fall Policy also documents that “any new intervention will be placed on the Certified Nurse’s Aide Assignment Worksheet and all falls will be discussed in the Morning Quality Assurance meetings Monday through Friday and any new interventions will be written on the care plan.”

In a separate summary statement of deficiencies dated April 18, 2018, the state surveyor noted that the facility “failed to assess, supervise and ensure safety interventions were in use to prevent falls.” The deficient practice by the nursing staff involved one of five residents “reviewed for falls.”

The state investigative team reviewed the resident’s Care Plan dated July 14, 2017, that shows that the resident “has high-risk factors for falls and [the resident] will have no fall through admission review and Care Plan. The plan further documents, on September 11, 2017, a seat belt was added for safety and positioning.”

The matrix for providers dated August 2017 reveals that the severely cognitively impaired resident “had a fracture with an injury.” The November 6, 2017 Nurse’s Notes shows that the resident was “observed sliding out of her chair. Some bruising of the arm was noted. An x-ray was ordered, and the daughter notified. The Director of Nursing notified. No fracture was found on the x-ray.”

Observations were made of the resident “sitting in her wheelchair up by the Nurse’s Station with her seat belt fastened around her” on April 17, 2018, and April 18, 2018.” The Administrator stated that “the process is to do an incident report and investigate and that should be in the Nurse’s Notes.” The Administrator said that “he had nothing else to give [the surveyor] regarding [the resident’s] falls.”

A few minutes later, the MDS Coordinator said that “the Care Plans are being updated now, [saying] she is new, and she is trying to get caught up.”

That same morning, the Administrator said that “in the interdisciplinary team meeting, the intervention for [the resident] was to have a seat belt and be closer to the Nurse’s Station.” The investigators reviewed the facility’s policies and procedures titled: Fall Prevention revised on September 3, 2015, that reads in part:

“To provide for resident safety, and to minimize injuries related to falls, decrease falls and still [respect] each resident’s wishes/desires for maximum independence and mobility.”

“All staff must observe residents for safety. Interventions will be implemented for residents. The Unit Nurse will place any new interventions in the CNA Assignment Worksheet.”

In a summary statement of deficiencies dated February 28, 2018, the state investigative team documented that the facility had failed to “provide treatment, turning and repositioning for two of three residents reviewed for pressure ulcers.”

A review of one patient’s MDS (Minimum Data Set) Assessment shows that the resident “was totally dependent on staff for all activities of daily living. The MDS documented [the resident] was at risk of developing pressure ulcers and had unhealed pressure ulcers and ulcer treatments.” The resident also used a “pressure reducing device for a chair, a pressure reducing device for a bed and [participated in a] turning and repositioning program.”

The resident’s Care Plan dated February 19, 2018, shows “reposition per positioning schedule. Offload pressure to any areas of concern per protocol.”

The state surveyor conducted continuous 15-minute observation intervals on February 22, 2018, from 12:12 PM through 3:51 PM. During this time, the resident “sat in his wheelchair without the benefit of turning or repositioning or offloading of his sacral/coccyx area.”

At the end of the continuous observation at 3:51 PM, the surveyors noted that CNAs transferred the resident “using a mechanical lift.” Both Certified Nursing Aides removed the resident’s “saturated incontinent briefs.” At that time, the resident “had a dressing on its coccyx without a date,” so there was no way to decipher how long the dressing had been on the wound.

In a summary statement of deficiencies dated February 28, 2018, the state investigative team noted that the nursing home “failed to provide a Registered Nurse (RN) to serve as a Director of Nursing on a full-time basis from February 5, 2018, through February 15, 2018.” This failure “has the potential to affect all sixty-six residents in the facility.”

In a summary statement of deficiencies dated September 21, 2017, a state investigative team noted the nursing home's failure to “follow isolation precautions to prevent the spread of infection.” The deficient practice by the nursing staff involved one of fifteen residents “reviewed for infection.”

Observations were made of a Certified Nursing Assistant (CNA) providing the resident incontinent care on the morning of September 19, 2017. The CNA entered the resident’s “room and did not don a gown or gloves.” The CNA “left the room and came back with [another CNA], and they both entered [the resident’s] room. Neither [CNAs] donned gowns or gloves.” One CNA “left the room, and came back with supplies, but did not don gloves or gown.” The other CNA “was observed shutting the door to begin care, and neither [CNA] had on gowns or gloves.”

The state investigators interviewed the Infection Control Nurse two days later who said, “Yes. I expect the CNA to put on gowns and gloves before entering an isolation room.”

Do you suspect that your loved one suffered harm or injuries while living at Swansea Rehabilitation Health Care? If so, contact the Illinois nursing home abuse and neglect lawyers at Nursing Home Law Center at (800) 926-7565 now. Our network of attorneys fights aggressively on behalf of St. Clair County victims of mistreatment living in long-term facilities including nursing homes in Swansea. Contact us now to schedule a free case review to discuss how to obtain justice and resolve a financial compensation claim.

Let our skilled attorneys file and handle your neglect or abuse compensation claim against all those who caused your loved one harm. Our years of experience ensure a successful resolution. Our lawyers accept all cases involving wrongful death, nursing home neglect, or personal injury through a contingency fee agreement. This arrangement postpones the need to pay for legal services until after we have resolved your case through a negotiated out of court settlement or jury trial award.

Our network of attorneys offers every client a “No Win/No-Fee” Guarantee, meaning if we are unable to resolve your case successfully, you owe us nothing. We can start working on your case today to make sure you and your family receive monetary recovery for your damages. All information you share with our law offices will remain confidential.