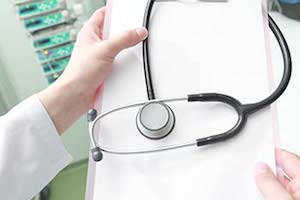 Many of our nursing home negligence and medical malpractice cases involve patients who may have developed a pressure sore only to be confronted with another medical problem– sepsis. Sepsis is a severe infection that effects the complete body. Due to the open wounds that accompany advanced pressure sores (also called bed sores, decubitus ulcers or pressure ulcers), provide the perfect entry way for infection to enter the body.

The Banner Desert Medical Center in California recognized the substantial problems associated with sepsis and has begun to implement a prevention and treatment program. Believed to be the first of its kind, the California hospital uses a scientific formula to detect warning signs that indicate a patient is at risk for contracting sepsis. The diagnostic program evaluates:

After the early symptoms of sepsis are identified, the hospital is able to rapidly administer medical treatment and greatly improve the patients survival rate. In the first two months of its use at Banner Medical Center, the hospital credits the new program with the early detection of sepsis in 60 patients and likely a substantial number of lives as well. Read more about this important development in sepsis prevention here.

Hopefully this sepsis detection tool can be applied to patients in a nursing home setting as well. Too often the implementation of medical treatment for nursing home patients is delayed due to inadequate training of staff and insufficient medical equipment.