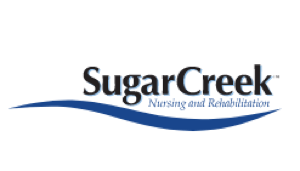 Do you suspect that your loved one is the victim of verbal or physical abuse while living in a Hancock County nursing facility? Are you concerned that the mistreatment is occurring at the hands of caregivers, other patients, employees, or visitors? If so, contact the Indiana Nursing Home Law Center attorneys now for immediate legal intervention.

Let our team of lawyers work on your family’s behalf to ensure you receive monetary compensation to recover your damages. Let us begin working on your case today.

This long-term care center is a "non-profit" 60-certified bed home providing cares to residents of Greenfield and Hancock County, Indiana. The Medicare and Medicaid-participating facility is located at:

Both the federal government and the state of Indiana can impose monetary fines or deny payments through Medicare of any nursing facility that has been found to have violated established nursing home rules and regulations.

Additional information concerning the facility can be reviewed on the Indiana Nursing Home Report Cards Website.

However, only four of the thirty-seven residents were interviewed related to the allegation of sexual abuse. When queried why female residents and residents throughout the facility were not interviewed regarding abuse, the Administrator indicated they interviewed for neighboring residents around the [sexually aggressive resident’s] room.”

The Administrator of the facility “was not able to substantiate any sexually inappropriate behaviors regarding [the alleged perpetrator], but he continued to be on fifteen-minute checks because he wanders.” The Administrator provided the Incident Report that showed his roommate “had touched his private area. The roommate was moved to another room, place on fifteen-minute checks and an investigation was started.”

The follow-up report dated January 18, 2017, “after the investigation” involved the “resident’s allegation of being touched inappropriately and rape was unsubstantiated.” The Assistant Director Nursing interviewed two male residents on January 18, 2017 “related to sexual abuse.”

The surveyors say that “based on previous behaviors, lack of witnesses and evidence, [the Physician] highly doubted this accusation.” A Certified Nursing Assistant (CNA) at the facility indicated that “she was unsure of the date of the alleged incident, but she had walked past [the resident’s] room and he yelled that [the other resident] was trying to have sex with him.” The CNA had the allegedly aggressive resident “leave the room and reported it to the Licensed Practical Nurse (LPN).”

Neglected at Sugar Creek Rehabilitation and Convalescent Center? Let Us Help You Today

Do you believe that your loved one has suffered harm through mistreatment while living at Sugar Creek Rehabilitation and Convalescent Center? Contact the Indiana nursing home abuse attorneys at Nursing Home Law Center at (800) 926-7565 for immediate legal intervention. We represent Hancock County victims of abuse and neglect in all areas including Greenfield.

Our network of attorneys provides every potential client an initial free case consultation. Also, we offer a 100% “No Win/No-Fee” Guarantee, meaning you do not owe us any money until we have received a monetary recovery on your behalf.