A study conducted by the Las Vegas Sun found that Nevada hospitals grossly underreport incidences of advanced bed sores. The two-year study, which analyzed hospital billing data, said that 72 ulcers occurred during 2008-2009 – a 99 percent discrepancy from the one bed sore that “officially” went reported.

According to Ken Terry, a former senior editor at Medical Economics magazine, the practice of underreporting severe bed sores is widespread. 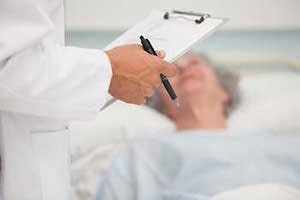 “There’s evidence that facilities across the country continue to hide their safety lapses”, says Terry, who authored an article on bnet.com about the Sunstudy. “[The practice of underreporting] not only inflicts unnecessary pain and suffering on patients, but also drives up the cost of health care”.

Along with decubitus ulcers – which can quickly become life-threatening, if left untreated – catheter infections also went vastly underreported, according to Terry. Catheter-associated urinary tract infections, which account for 40 percent of all hospital infections, are extremely common in elderly patients. The Sun reports that of all hospitals in Nevada, only one reported a serious infection during 2008-2009, versus more than 300 found in the Sun’s analysis.

“It’s past time for states that have the hospital billing data to subject it to a little quantitative analysis”, Terry writes. “If [auditors] find out that hospitals have been hiding their errors, they should force them to admit the extend of the safety issue. That way, everyone will benefit”.