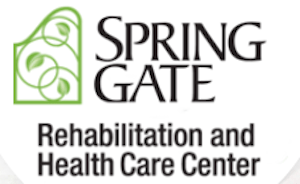 Negligent harm to a nursing home patient can take on many forms. In some incidents, the caregivers will misbehave. Other times, other residents will physically, mentally or sexually assault a patient caused by a lack of proper supervision from the nursing staff. Often, the nursing home is significantly understaffed or operated by Nurses and Nurse’s Aides that have not received adequate training. In some cases, the staff failed to follow acceptable standards of quality in meeting the health and hygiene needs of the residents.

If your loved one was injured while residing in a Shelby County nursing facility, the Tennessee Nursing Home Law Center attorneys can provide immediate legal intervention. Our team of dedicated lawyers has represented many patients and can help your family too. Contact us now to ensure that all the necessary paperwork is prepared and filed in the proper county courthouse before the Tennessee statute of limitations expires concerning your case.

This long-term care (LTC) facility is a 233-certified bed center providing services to residents of Memphis and Shelby County, Tennessee. The "for profit" Medicare/Medicaid-participating home is located at:

Tennessee and federal investigators have the legal authority to penalize any nursing home that has been cited for a serious violation that harmed or could have harmed a nursing home resident. Typically, these penalties include imposed monetary fines and denial of payment for Medicare services.

Within the last three years, the federal government imposed monetary fines against the Spring Gate Rehabilitation and Healthcare Center on two occasions including a $7995 fine on November 15, 2017 and a massive $161,241 fine on September 30, 2016 for a total of $169,236.

Also, Medicare denied payment for services rendered on September 30, 2016 due to substandard care. Within the last thirty-six months, the nursing home received fourteen formally filed complaints. Additional documentation about fines and penalties can be found on the Tennessee Department of Health Nursing Home Reporting Website concerning this nursing facility.

Detailed information on each long-term care facility in the state can be obtained on government-run websites including Medicare.gov and the Tennessee Department of Public Health website. These regulatory agencies routinely update their list of opened investigations, filed complaints, dangerous hazards, health violations, safety concerns, and incident inquiries on nursing homes statewide.

In a summary statement of deficiencies dated November 15, 2017, the state surveyors noted that the facility had failed to “provide wound care in a manner that promotes healing and prevent the potential spread of infection.” The deficient practice by the nursing staff involved one resident “reviewed with pressure ulcers.” The investigators reviewed the facility’s policy titled: Handwashing/Hand Hygiene that reads in part:

“Employees will wash their hands for ten to fifteen seconds using antimicrobial or non-antimicrobial soap and water under the following conditions. After removing gloves. If the hands or not visibly soiled, use and alcohol-based hand rub containing 60% – 95% [bacteria killing solution] for all the following situations.”

“Before handling clean or soiled dressings, gauze pads. Before moving from a contaminated body site to a clean body site during resident care. After handling used dressings, contaminated equipment. After removing gloves. The use of gloves does not replace handwashing/hand hygiene.”

The surveyors reviewed the resident’s medical records and Annual MDS (Minimum Data Set) and Quarterly MDS documenting that the resident “was comatose in a persistent vegetative state, was totally dependent on staff for all activities of daily living, was at risk for pressure ulcers and had a Stage IV pressure ulcer that was present on admission. The skin and ulcer treatment included pressure reducing devices for bed and chair, nutrition/hydration program, pressure ulcer care, and the application of nonsurgical dressing and ointments/medications other than to the feet.”

Upon review of the resident’s Care Plan dated April 4, 2016 and last reviewed on October 26, 2017, it documented a pressure ulcer with “alteration and skin integrity related to pressure wound to the sacrum. Interventions [included] pressure relieving devices for bed/chair.”

The survey team interviewed the Director of Nursing who said “she expected nursing staff to ‘wash their hands’ during wound care after cleansing the wound and removing gloves.” The Director also stated that it was unacceptable that the resident’s “pressure mattress pump was off during observations” on two different occasions on November 14, 2017.

In a summary statement of deficiencies dated April 27, 2017, a state surveyor documented that the nursing facility had failed to “immediately notify the resident’s legal representative before change in room assignments.” The deficient practice by the administration involved one resident “reviewed for room change notification.” The investigators reviewed the facility’s policy titled: Room to Room Transfers that reads in part: “A roommate will be informed of any transfer into his/her room.”

The investigators reviewed the facility’s daily census sheets involving the resident who “had three different roommates” during a short time frame. The investigator said that there was “no documentation in the medical record that [the resident or the resident’s] responsible party had been notified about the new roommates.”

In a summary statement of deficiencies dated September 30, 2016, the state investigator noted the facility's failure to "ensure a complete, thorough and timely investigation was conducted for an injury of unknown origin.” The deficient practice by the nursing staff involved two residents “reviewed with an injury of unknown origin.” The surveyors reviewed the facility’s policy titled: Abuse Prevention Program that reads in part:

The investigators reviewed a resident’s closed medical records and Care Plan that provided guidance to the nursing staff on the resident’s non-pressure wound. The documentation revealed “impaired skin integrity related to trauma wound to the left ischium. Interventions [include] medication/treatment as ordered – see Medication Administration Record and Treatment Administration Record for specific instructions.” The record showed a wound assessment with a “traumatic wound to the left ischium, full thickness, with granulation tissue.”

The surveyors asked a Registered Nurse (RN) about the resident’s ischium wound. The RN stated that the staff “told me to come look at it, it was on her lower back at the crease, she was in bed, and there was no pressure here, and it looked like a cut, so it was traumatic and not pressure.” The RN said that the resident did “not know what happened.”

Was your loved one victimized by caregivers while living at Spring Gate Rehabilitation and Healthcare Center? If so, contact the Tennessee nursing home abuse and neglect lawyers at Nursing Home Law Center at (800) 926-7565 today. Our attorneys fight aggressively on behalf of Shelby County victims of mistreatment in long-term facilities including nursing homes in Memphis.

We accept all nursing home cases involving personal injury, abuse and wrongful death through a contingency fee arrangement. This agreement postpones the need to pay for legal services until after we have resolved your case through a negotiated out of court settlement or jury trial award. We can begin working on your case today to ensure your family receives monetary recovery for your damages. All information you share with our law offices will remain confidential.