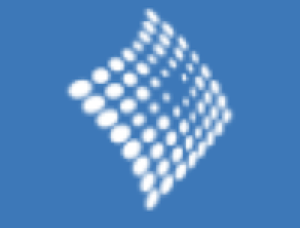 For decades, America has faced a significant crisis affecting residents in the nursing home industry. Specific problems like untrained professionals, short staffing, and erratic behavior by caregivers have led to increasing mistreatment, abuse, and neglect. In many cases, the residents become victims of malnutrition, dehydration, abandonment, illegal restraints, and improper medication administration.

If your loved one was injured or suffered while living in a Kent County nursing facility, contact the Michigan Nursing Home Law Center attorneys now for immediate legal assistance. Let our team of lawyers handle your case to ensure you are adequately compensated for your damages.

This facility is a "not for profit" 250-certified bed long term care center providing cares and services to residents of Grand Rapids and Kent County, Michigan. The Medicare and Medicaid-participating home is located at:

Michigan and federal agencies are duty-bound to monitor every nursing home and levy monetary fines or deny payments through Medicare when investigators identify serious violations of nursing home regulations and rules. In some cases, the nursing home receives multiple penalties if surveyors find severe violations that harmed or could have harmed a resident.

During that time Medicare denied payment on August 24, 2018, and February 2, 2017, citing substandard care. The nursing home also received fifty-two formally filed complaints and reported forty-five significant issues that all resulted in citations. Additional information about this facility’s penalties and fines can be reviewed on the Michigan Licensing and Regulatory Affairs Nursing Home Reporting Website.

To be fully informed on the level of care nursing homes provide, families routinely research Medicare.gov and the Michigan Department of Public Health website database systems for a complete list of deficiencies, violations, and citations.

The nursing home “failed to prevent staff-to-resident verbal abuse for [one resident] resulting in abuse of [that resident].” The incident involved a moderately cognitively impaired resident.

The state agency report revealed that in Licensed Practical Nurse (LPN) overheard another LPN “use inappropriate language while performing a medication administration to [the resident].” The first LPN heard the second LPN stated to the resident while giving her medications, “take the ‘f****** pudding.’” The LPN then “walk back to her cart across the unit.”

According to investigators, “the facility failed to ensure resident safety with a mechanical lift transfer for [one resident] which resulted in an unsafe transfer, a fall, and the potential for injury.” The survey team interviewed the facility’s Supervising Nurse who witnessed a resident fall “but did not provide a witness statement.”

The Nurse Supervisor stated that the resident slipped out of the Hoyer sling when a Certified Nursing Assistant (CNA) attempted to “set her down in the wheelchair.” The supervisor said that CNAs “should know how much the resident weighs and choose the appropriate sling.”

Do you suspect that your loved one is the victim of mistreatment while living at Spectrum Health Rehabilitation and Nursing Center-Fuller Ave? Contact the Michigan nursing home abuse attorneys at Nursing Home Law Center at (800) 926-7565 for immediate legal intervention. We represent Kent victims of abuse and neglect in all areas including Grand Rapids.