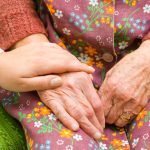 A lot of South Carolina nursing home residents require advanced medical care. If the nursing home that houses them cannot provide that, then they are supposed to help the resident acquire the medical attention that they need.

Unfortunately, this does not always happen: residents are given the wrong medications; staff ignores the resident’s doctors; the resident is not timely sent to the emergency room.

The next few cases show you how nursing homes often error in providing residents with the medical attention that they demand.

Call our team if your loved one suffered an injury or death due to a medical error committed by the nursing home staff at a South Carolina facility. We will bring a claim on your behalf.

This case represents a tragic outcome to the unavoidably complex nature of nursing homes in America. More and more people are flocking to them as the Baby Boomers retire and they are growing older and older thanks to modern medicine.

However, this makes their jobs increasingly complex. This lawsuit arose because the nursing home staff mixed up the medicine that the resident was supposed to receive.

Yet, that’s what she got and she got a lot of it. The result was that she went into hypoglycemic shock. About fifteen months after the accident, she died from injuries she sustained from it.

Her two children sued on her behalf and sought compensation for her pain and suffering and expenses as well as the cost that it put on them like lost support and funeral expenses. The defendant nursing home knew that it was in the wrong but haggled over how much so the case went to trial.

Some things of note about this award:

The wrongdoers in this nursing facility home were the facility and a pharmacist that worked there. Apparently, on almost ten occasions, the latter prescribed a course of Methotrexate to a resident at a dosage level of nearly five times what it should have been. Eventually, the elderly woman had to be taken to a nearby hospital for treatment and examination.

The effects of the incident left her with long-lasting pain and changed quality of life. She brought a lawsuit against the nursing home and the pharmacist for the pain, aggravation, and costs that the events caused her.

The defendants denied that they were at fault but decided to settle for $350,000.

Here are some things to note about this lawsuit:

After a man passed away in the care of a nursing home, his family decided to file a lawsuit for damages that the incident caused all of them. There was a sizable class of plaintiffs: one wife and ten children survived him. Their lawsuit claimed that the nursing home’s misconduct was the reason why he died.

Specifically, it alleged that they ignored the man’s doctors, didn’t give him the proper medications, and failed to alleviate his cancer and bed sores. The defendant disagreed with all of these contentions. Further, it added that he was already going to die based upon his pre-existing injuries.

However, these disagreements didn’t preclude a settlement, both sides agreed to move on from the matter for $200,000.

Here is what the plaintiffs had going for them despite the man’s significant pre-existing injuries:

The nursing home resident that was injured in this dispute was a 95-year-old woman. She was suffering from a number of physical ailments and required many medications. One day while the nursing staff was helping her take of the prescriptions, she coughed up one of the pills.

While the incident may have seemed slight in nature, the consequences were drastic. She tore her esophagus along the pharyngeal esophagus juncture point.

The medical care required to treat the accident cost her tens of thousands of dollars. It also drastically changed her standard of living. She lost the ability to speak and needed assistance to eat and do normal, daily activities.

She sued the nursing home where she was staying at the time for the injuries and expenses that resulted from the incident. She alleged that its negligence and the negligence of its employees caused her damages.

The defendant did not deny that it was fault but dispute the extent of her injuries.

They settled not long after the nursing home filed its response for around $250,000.

Here are some key points from this lawsuit:

This South Carolina cause of action began as a bed sore case but evolved into a medical error case. The victim was an elderly female resident in her early seventies. When she was admitted to the nursing home, she had bed sores but they were in the very early stages of development.

Her doctors gave the nursing home staff specific instruction on how to care for them and prevent them from spreading across her body.

Unfortunately, that’s exactly what ended up happening. Apparently, the staff assigned to care for her didn’t follow through on the doctors’ plans and didn’t regularly shift her or clean her wounds. Eventually, they became infected and spread to the surrounding areas like her bones and tissues.

When the nursing home finally discovered the problem, they rushed her to the hospital for emergency treatment but the damage had already been done.

After some time in recovery, she brought a lawsuit against the facility for damages. They didn’t think that they were responsible but still gave her $200,000 to settle.

She accepted and used the money for the following costs:

The victim here was a woman in her late forties that was suffering from diabetes. Surprisingly, she died a little more than just two weeks after being admitted to the nursing home in question in this lawsuit.

From the allegations within the complaint, the nursing home did not direct its staff to properly care for her, medicate her, or supervise while she lived there.

As a result, she developed bed sores, infections, and complications due to her diabetes all of which led to her death. The plaintiffs sought damages for the negligence and wrongful death because she did not receive the appropriate level of care in their opinion.

While the defendants did not agree with this analysis, they nevertheless chose to settle and move on from the incident for a reported $500,000.

Remember these points about this case:

It’s important to have the right questions in mind when you are reviewing your medical error case because they can get very complex very fast. Here are a couple of things to watch out for before bringing suit against a nursing home that was responsible for your injuries:

Did a Family Member Suffer an Injury at a South Carolina Nursing Home due to a Medical Error?

If you were the victim of medical misconduct in a South Carolina nursing home, then contact Nursing Home Law News now.

We have all of the capability and commitment to bring your case to fruition and success. Plus, we don’t charge if we’re not successful. So why wait? Start the process today!