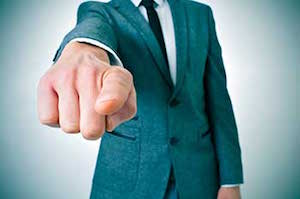 Eddie Williams, 57 of South Carolina was arrested and taken into custody for the death of his mother, Geneva Roberson. Ms. Roberson, 75, died of complications due to severe bedsores.

Authorities found her with several pressure sores on her upper and lower body. She appeared to be suffering from dementia. Social workers placed her in a Sumter County nursing home, but she died a couple of months later.

A coroner's report found that the bedsores were all easily preventable, but her son failed to give her proper care. Apart from the bedsores, Geneva was also the victim of neglect and malnourishment.

The Importance of Proper Care

Bedsores are epidemic in America today and are growing in prevalence. This does not have to be the case, because they are also easily preventable. Immobile patients are at risk from getting bedsores, so they need to be turned and "off-loaded" several times each day to keep their bodies as healthy as possible. It is vitally important that caregivers and family members, as much as professional staff, be diligent in taking care of vulnerable individuals, many of whom are elderly.

A bedsore is a common result of patients lying immobile in beds or sitting in wheelchairs. When a patient cannot shift his or her weight but lies with the pressure of the body on the same body part continuously, the flow of blood gets cut off and the skin and tissue begin to die.

The bedsore grows progressively worse if not detected and treated, and can be life threatening. There are four categories of bedsores, which a physician can determine from a visual examination.

A bedsore which is covered in slough, a kind of scab, is difficult to diagnose. Slough does not occur in early stages, but the precise stage for a bedsore with slough cannot be determined.

Where do Bedsores Typically Form?

A bedsore can form on any part of the body if continuous pressure deprives it of oxygenated blood. However, some body parts are more vulnerable than others.

Bony protuberances are particularly prone to developing bedsores, as they tend to bear a lot of the body's weight because they stick out. Fatty parts of the body are less likely to get bedsores, because the fat acts as a cushion against the pressure from the body against the mattress or other surface. However, if a fatty part of the body endures sustained pressure, it too can form a bedsore.

The most common areas where doctors and nurses find bedsores are:

Who is Most at Risk of Bedsores?

Immobility is the key factor in developing a pressure sore. If a part of the body endures sustained pressure, either by lying on a bed, sitting on a chair, going through traction, or simply from repeated friction to an area, bedsores are likely to develop. Patients who cannot move or move only with difficulty are the most vulnerable.

There are also conditions that can complicate the restricted circulation of blood, as well as conditions that compromise the body's ability to heal. People with these conditions will also be prone to develop bedsores, and will have trouble healing when the wounds do develop.

Bedsores are everywhere. By one study, one in ten nursing home patients will suffer at least one bedsore during their stay. Caregivers need to be on the lookout for signs that bedsores are developing, and when they see them they must begin to treat the affliction immediately. Bedsores are common, but they are often preventable.