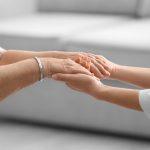 The number of nursing homes across the country is rising to keep up with the booming population of elderly Americans. As they set up shop, they are dealing with the known and novel issues of treating older residents and that is no easy task.

However, it does not excuse them from the high duty they have to provide excellent care. If they shirk from that responsibility and abuse their residents, then they should pay for the damage that they cause.

The next set of cases highlight abuse across South Carolina nursing homes and how victims were able to recover from juries and settlement.

If your loved one was abused by nursing home staff at a South Carolina facility, give us a call so that we can show you what you need to do to get the compensation you deserve.

The nursing home victim in this dispute was an elderly female resident. She was in her late seventies and had been living in the establishment for nearly five years. However, after a series of events had transpired, she passed away in its care.

What apparently had happened was that she was being abused by some of the staff and other residents. The abuse included physical and mental suffering. The deceased woman’s family believed that had the nursing home taken further action she would not have died.

They thought that it should be held responsible for her death and in their complaint they cited a failure to adequately train, hire, and supervise its staff members. The defendant denied that it was responsible or at least that any of their failures had anything to do with her death.

Yet, facing an upcoming trials, they still decided to settle and gave the family $2,000,000.

The family had the following factors going for them heading into settlement:

The apparent victim in this South Carolina lawsuit was a 84-year-old woman. She had been living at the facility in question for almost ten years. In that time, she had developed cancer as well as a number of other significant health problems. Consequently, she was taking multiple medications at the time of the accident.

However, her lawyers claimed that at some undetermined point in time she died due to the abuse of certain nursing home staff. There wasn’t anything specific mentioned but the general allegations painted a picture that she was hit, forced to the ground, and these injuries took her life.

After doctors unsuccessfully tried to resuscitate her, she was pronounced dead. The lawsuit complained of negligence and wrongful death but the defendant disagreed entirely.

Here is what might explain the relatively low number for a wrongful death case.

In this case, an elderly female nursing home resident was sexually and physically assaulted by another resident. The man jumped upon her when she was sleeping and attacked her. She suffered injuries all across her body including her genitals, face, arms, ears, and neck. After people subdued the man, she was taken to a hospital for examination and care.

Eventually, she brought a lawsuit for the injuries and damages that she sustained from the event. She sued the attacker as well as the nursing home.

With respect to her allegations against the nursing home, she charged that they did not adequately hire, train, or monitor their employees. Due to this negligence, she suffered various damages in her opinion.

While the nursing home disagreed with this line of reasoning, they still decided to settle and she received $30,000.

Here are some important points about this case:

The plaintiff in this instance was an eighty-three-year-old man. He had been living at the same nursing home for almost five years before the events described in the lawsuit took place. On that day, he alleged that he was hanging out in the common area when the staff improperly removed him and took him to his room.

In the process, he received multiple bruises across his arms and legs some of which even turned into scars. He had to be taken to the hospital for treatment them and endured pain and suffering long after the incident.

In their reply, the defendants suggested that the man was acting violently and that he was removed from the area in order to protect the other residents.

Furthermore, they alleged that its treatment of him was proper and that any injuries he sustained were the result of his own actions.

Here is why he might have received that much when it appears he was at least a little at fault:

In this nursing home dispute, the staff neglected the resident who was the plaintiff that eventually filed the lawsuit. She was sixty-five at the time and suffering from dementia as well as paralysis when one of the employees gave her a cigarette and left her unattended.

The results were severe. She suffered third-degree burns and scarred over ten percent of her body. When her recovery in the hospital was complete, she brought a lawsuit against the nursing home for damages from the incident. She alleged that the facility was negligent in its supervision of her and did not give her the care that she deserved.

The defendant was not moved by any of her arguments. It said in its response to her complaint that it had no affirmative duty to protect her while she smoked and that it gave her the exact level of care that she required and deserved.

Yet, it still was moved to settle and offered her $400,000 just before the trial started. She accepted.

The plaintiff’s case had some strengths that might have influenced this settlement including the following:

Current controversies and stories in the media have shined a light on the kind of abuse that regularly takes place within South Carolina nursing homes.

After reading over the lawsuits that we summarized in the previous section, take a look at these takeaways so you have a better sense about why these plaintiffs got what they did and what might be possible for you if you bring a case to recover compensation.

Did Your Loved One Suffer Abuse While Living at a South Carolina Nursing Home?

Nursing home residents suffer all kinds of abuse at the hands of staff and others. When they do, we step up for them to guarantee their rights are protected and they receive the recovery they need and deserve.

It’s not easy but it’s worth it. If you have been abused during a stay at a nursing home, contact our office so that we help you understand what type of help might be available.

For more information on how other types of nursing home cases are valued, please see materials below: