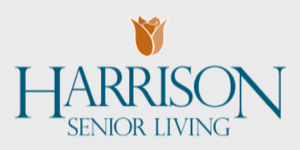 The number of cases involving mistreatment in nursing facilities throughout Maryland has risen significantly over the last few decades. Many senior citizens, rehabilitating, and disabled become victims of abuse and neglect at the hands of caregivers, employees, visitors, or other patients. If your loved one was abused, mistreated or injured while living in a Worchester County nursing facility, contact our nursing home neglect attorneys  in Maryland now for immediate legal assistance.

Our team of lawyers has handled cases exactly like yours, and we can help your family, too. Let us begin working on your case now to ensure you receive financial compensation to recover your damages.

This nursing center is a "for profit" Medicare and Medicaid-participating facility providing services and cares to residents of Snow Hill and Worchester County, Maryland. The 69-certified bed long-term care nursing home is located at:

This nursing facility also received one complaint and self-reported thirteen serious issues over the last three years that resulted in violation citations. Additional documentation about fines and penalties can be found on the Maryland Nursing Home Information Website.

To ensure families are fully informed of the level of care every nursing home provides, the state of Maryland and Medicare.com routinely update their long-term care home database systems with info on violations, citations, and deficiencies.

The nursing home “failed to keep residents free from verbal abuse. This [failure] was found to be evident for three out of thirty residents.

The state survey team reviewed the facility’s investigation reports that revealed “the following statement made by a Geriatric Nursing Assistant.” The GNA said “as I was coming up to (name of the unit) this morning, I heard [another staff member say to the resident] do you think just because your hollering that is going to make me come here. When she/he ‘seen’ me, she/he got on the phone and called down to [the other unit].”

A third GNA stated that she needed to come down there because the resident was hollering. As the reporting GNA walked on the hall, they heard the resident holler some comment. At that point, the verbally abusive caregiver said, “I am sick of this hollering.” The administration received a report of the incident and began an investigation.

According to state investigators, “the nursing staff failed to properly secure medications left unattended on the resident’s over-the-bed table.” The surveyors interviewed the resident on the morning of July 31, 2018 and noted that “the over-the-bed table had seven white pills lying on it.” The resident “was coughing, stating he/he had choked on a big pill and would get to the others in a minute.”

Do you believe that your loved one was the victim of abuse or neglect while living at Snow Hill Nursing and Rehabilitation Center? Contact the Maryland nursing home abuse lawyers at the Nursing Home Law Center at (800) 926-7565 for immediate legal intervention. We represent Worchester County victims of abuse and neglect in all areas, including Snow Hill.