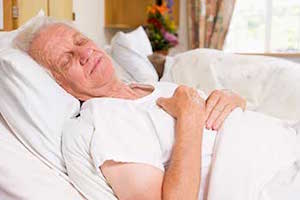 Decubitus ulcers are a well-known risk for patients entering long-term care. Decubitus ulcers are, in fact, one of the top five most common hospital-acquired conditions according to Medicare. To combat the prevalence of ulcers, staff at Texas Arlington Memorial Health (TAMH) instituted a system to identify and prevent the condition, which ultimately won the facility an award for Patient Safety.

What are decubitus ulcers, and why did TAMH staff decide to focus attention on this condition? What were the results, and are these methods used at other health facilities?

What are Decubitus Ulcers?

Decubitus ulcers are also referred to as pressure sores, bedsores, and pressure ulcers. Decubitus ulcers often occur in patients unable to move themselves due to paralysis, coma, or other conditions, and result from frequent pressure in certain areas of skin, primarily over bony prominences. Continued pressure results in constricted blood vessels in the area which are unable to deliver the necessary oxygen and nutrients to impacted skin and tissue. Over time, this starves the tissue of nutrients and it dies, breaking down and causing open sores.

Once a decubitus ulcer is present, it hampers the common method of preventing further ulcers – frequently turning and repositioning the patient to relieve pressure on commonly compressed areas. The patient experiences further limitations of positioning as open sores should not press against bedding or other surfaces, requiring the new position to be held longer while the ulcer heals. However, this can result in longer instances of pressure on the newly stressed areas of skin and cause new decubitus ulcers to form.

Decubitus ulcers exist in the following levels of severity, each presenting increased risk to the patient:

Decubitus ulcers – particularly those in later stages – risk further infection to the patient if left untreated. Cellulitis, gangrene and even sepsis have been discovered in advanced decubitus ulcers, and such infections can be further spread by the failure to adhere to hospital standards regarding handwashing, skin care, and sanitation of fabrics such as wound dressings, bedding and linens.

TAMH recognized decubitus ulcers’ associated risks and how each had the potential to increase both the length of treatment and the cost for patients. In addition, care for existing decubitus ulcers took away from staffing hours that were more prudently spent preventing conditions rather than responding to them. A short video produced by the presenter of TAMH’s award, Texas Health Resources, documents the further opinions of several staff members.

Which Methods did TAMH Adopt for Prevention?

TAMH applied the following procedures to each of its new patients during 2009, resulting in a 63% reduction in decubitus ulcer rates:

Can Other Facilities Benefit From Prevention Programs?

TAMH is not alone in its prevention efforts. Other hospitals and nursing homes have since instituted similar programs with a degree of success. It appears that making employees and staff at multiple levels accountable for early identification and continued monitoring of patients at risk for decubitus ulcers is an important step toward eliminating the condition altogether. Decubitus ulcers are unnecessary conditions patients would likely avoid altogether without a hospital stay, and the NIH, among other organizations, has deemed hospital-acquired decubitus ulcers a ‘never event.’

Certainly, more hospitals, nursing homes and other caregivers would see patient benefits from instituting prevention programs like the one at TAMH. Bedridden patients rely on these institutions and individuals to provide care that does not cause further danger and adding a TAMH-style program to existing decubitus ulcer prevention procedures can be a big step toward eliminating the occurrence of the condition altogether.