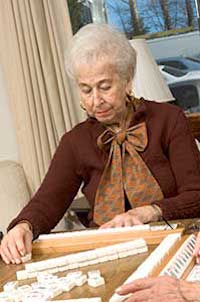 Unlike most personal injury cases where a determination regarding the monetary damages an individual or family is entitled to receive is determined by a judge or jury, damages in an increasing number of nursing home negligence cases is now being made via an individual arbitrator or panel of arbitrators.

For the most part, nursing home negligence disputes resolved via arbitration tend to have lower values than similar disputes tried before juries. Because some arbitrators receive ongoing business from nursing homes, it has been suggested that their willingness to award significant damages may be limited. Consequently, nursing home arbitration agreements tend to be vigorously fought by plaintiffs (injured parties, initiating a lawsuit) as unfair and in violation of personal rights granted under the Constitution.

In a break from traditionally conservative awards in wrongful death matters, a three-person arbitration panel awarded over $2.7 million in damages to the family of a nursing home patient who died in March, 2005 from complications related to gangrene and dvanced pressure sores that developed during an admission to High Point Health Care and Rehabilitation Center in Tennessee.

For victims of nursing home abuse and neglect, this arbitration decision is very significant as it sends a message to nursing homes that they can no longer be assured of conservative awards by arbitrators. Although rarely awarded in arbitration matters, this arbitration panel made an award for punitive damages (an award made to punish the wrongdoer as opposed to compensate) against the nursing home as well.

The $2.7 million nursing home arbitration award is comprised of the following: