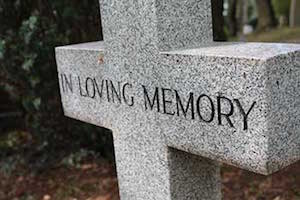 Several cases of bedsores or bedsore complications occur when caregivers at a healthcare facility fail to follow proper treatment conditions for wounds that already exist before the patient's admittance. One of these cases involves a woman that was admitted for respite care at a Caseyville nursing home.

The Case of Theresa Steiner

On December 12, 2008, the Caseyville Nursing and Rehabilitation Center admitted Theresa Mary Steiner as a patient in respite care. At the time of Steiner's admission, she had three stage II pressure sores on her buttocks, as well as one pressure sore on each of her heels.

By the time of Steiner's release on December 18, Steiner's buttocks sores escalated to stage III, while she also developed multiple sores on her heel. According to the lawsuit, Steiner developed sepsis throughout her bloodstream due to the complicated wounds.

Following her discharge, the woman was admitted the Memorial Hospital in Bellevue, Illinois, and passed away on January 7th, 2009 due to sepsis and acute respiratory failure.

Steiner's husband, Steven Steiner, filed a lawsuit on November 30th, 2009 against the Caseyville Nursing and Rehabilitation Center and Caseyville Property. Steven Steiner claimed that Theresa experienced mental anguish, severe pain, and loss of dignity. The husband also blamed the hospital for negligent acts in treating her pressure sores, including:

Steven Steiner sought damages of more than $300,000, plus the costs of attorneys and relief that the court deemed just.

Sepsis is a condition that occurs when the body's immune system reacts to the threat of infection. In some cases, untreated pressure sores allow for an infection to take hold in the body. The immune system develops a toxic and overactive response that stops fighting the infection locally and attacks the entire body instead. This response can lead to organ failure, destruction of tissue, and ultimately death. Patients with severe cases of sepsis require immediate hospitalization.

The symptoms of a serious sepsis case include:

Sepsis is not the only complication that an untreated pressure sore can cause. Other conditions that develop due to a severe or untreated bedsore include:

Respite care is a type of short-term care of a sick or elderly patient that provides relief to a primary caregiver. Nursing homes, hospitals, and healthcare facilities provide this type of care, which usually lasts between an afternoon and several days or weeks. According to a study by the Centers for Disease Control and Prevention (CDC), most cases of pressure sores occur or escalate in patients who stay at nursing homes for less than a year. No current explanation exists for the prevalence of pressure sores in short-term stays.

The staff of nursing homes and other healthcare facilities are fully equipped to treat existing pressure sores, especially if they are in stages I and II. Treatment of bedsores includes:

Not only is the staff of nursing homes, hospitals, and other healthcare facilities supposed administer the level of care to their patients to prevent the formation of pressure sores, but they are also under obligation to treat wounds that already exist before they progress into something more life-threatening.