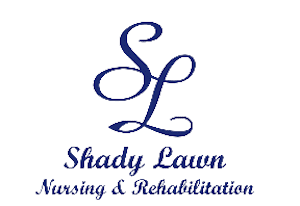 Many patients in nursing facilities become the victims of abuse, mistreatment or neglect at the hands of caregivers, employees, visitors, and other patients. In some situations, the facility is understaffed with inadequately trained medical professionals. Other times, patients are victimized through resident-to-resident assault due to a lack of supervision.

If your loved one was harmed while residing in a Trigg County nursing facility, contact the Kentucky Nursing Home Law Center attorneys now. Let our team of lawyers represent you and your family to ensure you are adequately compensated for your monetary damages.

This Medicare/Medicaid-participating center is a 50-certified bed facility providing services to residents of Cadiz and Trigg County, Kentucky. The "for profit" long-term care (LTC) home is located at:

Federal and state investigators are obligated to penalize any nursing home that violated a rule or regulation that harmed or could have harmed a resident. These penalties typically include imposed monetary fines or denial of payment for Medicare services. Usually, the higher the violation, the higher the fine.

Within the last three years, Shady Lawn Nursing and Rehabilitation Center received three formally filed complaints and self-reported one serious issue that all resulted in citations. Additional information starting this facility can be reviewed on the Kentucky Department of Health Care Nursing Home Reporting Website concerning this nursing facility.

Comprehensive information on violations can be reviewed on the Kentucky Department of Public Health and Medicare.gov nursing home database systems.

According to state investigators, the facility “failed to protect and ensure [two residents] were free from sexual abuse.” According to the Medical Records Director/Certified Nursing Assistant (CNA), a resident was observed: “in the TV lounge with [their] hands between [another resident’s] legs, over the resident’s clothing and attempting to rub the resident’s private parts.”

At one time, a sensor alarm had been placed on the sexually aggressive resident’s “door with no further sexually inappropriate behavior noted, [but] the sensor alarm was discontinued [before the incident] with no other intervention put in place.”

A Certified Nursing Assistant (CNA) had observed the sexually aggressive resident “in the TV lounge with [their] hands under [a third resident’s] blouse touching her breast.” During the first incident, the CNA witnessed the resident sitting beside a female resident with their hands between the resident’s “legs over the resident’s clothing and rubbing [them] in the crotch area.”

The state surveyors documented that the facility “failed to develop a policy to address assessing vulnerable residents after an allegation of abuse had been alleged to determine the extent of the abuse.”

The surveyors reviewed the facility’s final investigation which revealed that the allegedly sexually aggressive resident “was witnessed with [their hand up another resident’s clothing while] holding [her] breast while the resident was sleeping and had no idea of what was happening.” The investigators determined that the “facility could not provide documented evidence that non-interview-able residents were assessed for possible abuse to determine the potential extent of the alleged abuse” occurring at the facility.

Were You Injured or Harmed While a Resident at Shady Lawn Nursing and Rehabilitation Center? We Can Help

Was your loved one abused or mistreated while living at Shady Lawn Nursing and Rehabilitation Center. Contact the Kentucky nursing home abuse lawyers at Nursing Home Law Center at (800) 926-7565 today for immediate legal intervention. Our network of attorneys fights aggressively on behalf of Trigg County victims of mistreatment living in long-term facilities including nursing homes in Cadiz.

Let us discuss your case with you during an initial, no obligation claim consultation at no charge to you. We provide every client a “No Win/No-Fee” Guarantee, meaning if we are unable to obtain monetary compensation on your behalf, you will owe our legal team nothing.