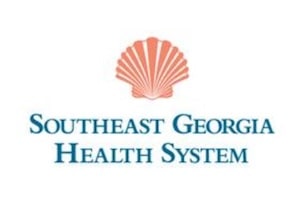 For decades, the United States has faced a substantial crisis in the nursing home care industry. Many facilities are short-staffed, have untrained personnel, or fail to follow protocols that lead to mistreatment, abuse, or neglect. In some cases, the patient is victimized through malnutrition, dehydration, illegal restraints, abandonment, or develop life-threatening pressure wounds that could have been prevented.

The Georgia Nursing Home Law Center attorneys have assisted many patients who were victimized while living in Glynn County nursing homes. If your loved one was mistreated, contact us today so we can begin working on your case to ensure your family receives monetary compensation for your damages.

This long-term care center is a 200-certified bed "not-for-profit" home providing services to residents of Brunswick and Glynn County, Georgia. The Medicare and Medicaid-participating facility is located at:

Georgia and federal nursing home regulatory agencies have the legal authority to impose monetary fines and deny payment for Medicare services for any nursing facility cited for serious violations of regulations and rules.

Over the last three years, federal investigators imposed a massive monetary fine of $469,291 against Senior Care Center - Brunswick Nursing Center on April 7, 2017, citing substandard care. Also, the facility received one formally filed complaint that resulted in a citation. Additional documentation about the facility can be reviewed on the Georgia Nursing Home Reporting Website.

The state of Georgia and federal government regularly updates their long-term care home database system with complete details of all deficiencies, citations, and violations.

According to investigators, the facility "failed to ensure the code status was correctly reflected for eight residents. Specifically, staff interviews and clinical record documentation indicated a Do Not Resuscitate (DNR) status for one resident who wished to be a full code (a desire to receive cardiopulmonary resuscitation (CPR) if the resident was found not breathing or found without a pulse.)

The facility has a policy involving Advance Directives Code Status - DNR - Full Code that allows the resident or their legal guardian to formulate an advance directive specifying what measures should be taken if needed. A review of the resident's Hospice Allow Natural Death - Do Not Resuscitate form revealed that it was signed by the resident's power of attorney stating that if the resident "experienced a cardiopulmonary arrest, no cardiopulmonary resuscitation (CPR) is to be initiated."

However, this resident's had conflicting information related to code status in their medical record. The surveyors interviewed the Director of Nursing who revealed that "staff would look in the contents section of the medical record for the code status. She stated the orange sticker on the outside of the chart is there for easy access to the code status. It should be correct. If there is not a Do Not Resuscitate Sticker [the staff] would think that the resident is a full code" meaning use CPR to attempt to save their life.

The nursing home "failed to investigate and report allegations of neglect and mental abuse alleged through [resident grievances]." The documentation shows that three residents at the facility "sustained actual psychological harm" and another three residents "had complaints about staff behavior but did not report their concerns."

One Grievance/Complaint Report documents that a family member of a resident made an allegation claiming that between April 27, 2016, and May 2, 2016, their family member received no oral care. "They also allege that the resident wore the same bloodstain clothes for two of those days."

Another resident alleged that a CNA at the facility approaching toward her scares her. "She further alleged she pushed her call light several times asking to be helped to the bathroom and [that CNA] would come in, turn her light off, tell her to be patient, but would never return. She would then soil herself and have to stay in that condition until her Day Certified Nursing Assistant came in to dress her for the day."

Do you believe that your loved one is the victim of mistreatment, abuse or neglect while living at Senior Care Center - Brunswick Nursing Center? Contact the Georgia nursing home abuse attorneys at Nursing Home Law Center at (800) 926-7565 for immediate legal intervention. We represent Glynn County victims of abuse and neglect in all areas including Brunswick.

We do not charge for case evaluations and consultations. Also, we provide a 100% "No Win/No-Fee" Guarantee. This promise means we will postpone all of your payments for legal services until after we have secured financial recovery on your behalf.