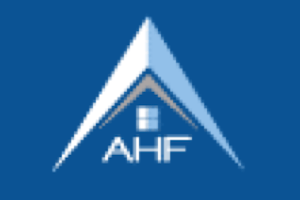 The population of senior citizens has grown significantly last few decades, as many more older Americans are entering nursing facilities nationwide. Unfortunately, the incident rate of abuse and neglect occurring in nursing homes throughout the United States has also risen. Many of the senior citizens become the state’s most vulnerable and susceptible to abuse and neglect by caregivers, employees and other residents.

If your loved one was victimized while residing in a Lawrence County nursing center, contact the Ohio Nursing Home Law Center Attorneys now for immediate legal assistance. Let our team of lawyers work on your family’s behalf to ensure you receive financial compensation to recover your losses. We will use the law to ensure those responsible for causing your loved one harm are held legally accountable.

This Medicare and Medicaid-participating nursing center is a "nonprofit" home providing services to residents of Ironton and Lawrence County, Ohio. The 93-certified bed long-term care home is located at:

Both the federal government and the state of Ohio can impose monetary fines or deny payments through Medicare of any nursing facility that has been found to have violated the established nursing home rules and regulations.

Within the last three years, federal investigators imposed a monetary fine against Sanctuary at Ohio Valley Nursing Center for $3,900 on August 04, 2016, citing substandard care. Additional information about this nursing home can be found on the Ohio Long-Term Care Consumer Guide.

According to state surveyors, “the facility failed to ensure a resident who received an antipsychotic medication [indicated] the use of that medication” the deficient practice by the nursing staff affected one resident “reviewed for unnecessary medications.”

Documentation shows that the resident had no indications of medical conditions that require the use of antipsychotic medications and “did not have behaviors and did not reject care.” A review of the resident’s Progress Notes and Behavior Tracking between September 27, 2018, a December 5, 2018 “revealed the resident had to episodes of yelling.”

The surveyors interviewed a State-Tested Nursing Assistant (STNA) on December 5, 2018, who revealed: “she had never seen [that resident] have any behaviors.” A different STNA revealed that the resident “had no behaviors.” The investigators interviewed the Director of Nursing who confirmed that the resident’s medical condition “was not an indication for the use of [any antipsychotic medication].”

The nursing home “failed to ensure [one resident’s medical treatment] was identified in the medical record and failed to [ensure] fluid was available for the resident.” The surveyors reviewed the resident’s Monthly Physician’s Orders that indicated “the fluid restriction was [ordered for] the nursing staff to provide the milliliters four times a day with medication pass in a dietary to provide 240 mg with each meal.”

Was your loved one mistreated while residing at Sanctuary at Ohio Valley Nursing Center? Contact the Ohio nursing home abuse attorneys at Nursing Home Law Center at (800) 926-7565 for immediate legal intervention. We represent Lawrence County victims of abuse and neglect in all areas including Ironton.