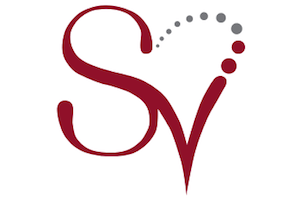 Many families have no other option than to turn caring for a loved one over to professional staff members at nursing homes to ensure that they receive the best hygiene assistance and medical care. While there have been significant advancements in nursing home services in safe, compassionate, environments, many Will County and Kendall County nursing home residents become the victims of neglect and abuse.

If your loved one was mistreated while living in a nursing facility, contact the Illinois Nursing Home Law Center attorneys for immediate legal intervention. Our Chicago nursing home negligence lawyers has successfully represented families who require financial compensation to recover their damages. We use the law to seek justice to ensure that those who caused the harm are held legally and financially accountable. We can begin working on your case today.

This Medicare/Medicaid-participating nursing center is a "for profit" facility providing services and cares to residents of Joliet and Will and Kendall counties, Illinois. The 266-certified bed long-term care (LTC) nursing home is located at:

Both the State of Illinois and the federal government can impose a monetary fine or deny payments through Medicare when a nursing facility has been found to violate established regulations and rules. The greater the monetary fine, the more serious the violation is that likely harmed or could have harmed one or more residents at the nursing home.

Within the last three years, Medicare denied Salem Village Nursing and Rehabilitation Center payment for services rendered on May 1, 2018. Also, the facility received thirty-four formally filed complaints and self-reported four serious issues that all resulted in citations. Additional information about penalties and fines can be reviewed on the Illinois Department of Public Health Nursing Home Reporting Website concerning this nursing facility.

To ensure families are fully informed of the services and care that the long-term care facility offers in their community, the state of Illinois routinely updates their comprehensive database system. This system lists all dangerous hazards, safety concerns, health violations, incident inquiries, opened investigations, and filed complaints of nursing homes statewide and posts the resulting data on the IL Department of Public Health website and Medicare.gov.

The Will and Kendall counties neglect attorneys at Nursing Home Law Center have found serious deficiencies and safety concerns at Salem Village Nursing and Rehabilitation Center that include:

In a summary statement of deficiencies dated August 24, 2018, the state investigators documented that the facility had failed to “maintain properly functioning bed control handset and maintain covered electrical wires.” The deficient practice by the nursing staff applies to one of the thirty-three residents “reviewed for safety hazards.”

A resident was observed just before noon “sleeping in a bed on a Trendelenburg position (the feet higher than the head).” The patient’s “head of the bed was approximately 1.5 feet from the floor.” The resident’s “room was very dark; curtains were closed.”

The following morning at 10:04 AM, the resident “was noted asleep in the room in a Trendelenburg position.” The nurse in charge said “he does not have any special orders for positioning. Same as others, lie flat on their back. No, he [the resident] does not have any problem of blood pressure that I know it.”

The investigators interviewed the Care Plan Order/MDS Coordinator who explained that the resident lies “flat in bed. No, I was not aware he was in a Trendelenburg position.”

The resident’s clinical record showed “no doctor’s orders to put [the resident] in a Trendelenburg position while in bed. There was no documentation found or presented to address this concern identified.” Later that day at 2:30 PM, the resident “was in the room sitting in his motorized wheelchair [wearing] glasses.” A few minutes later, the CNA described the resident saying “there something wrong with this throat. He can speak but he is hard to understand, and he talked so softly.”

The CNA said “this bed remote is complicated, it does not do what it supposed to do, like in the picture. It is hard to explain. I have worked here for a while, so I know how to work it but looking at the remote you get confused. They could give him a better one because I do not know how to operate this just by looking at the pictures on the control.”

A few minutes later, the facility Housekeeping Director said that ‘it looked like someone was chewing on it, the outside insulation was coming off.’”

In a summary statement of deficiencies dated August 15, 2018, the state surveyor noted that the nursing home “failed to maintain water temperatures in the rooms and the small shower on the fifth floor at a comfortable level for the residents.” This deficient practice by the administration, employees and nursing staff applies to “five of ten residents reviewed for water temperatures.”

The resident said that “this has been going on for a while.” The resident’s Quarterly MDS (Minimum Data Set) Assessment dated July 16, 2017, revealed that the resident “was cognitively intact” and requires “extensive assistance of one staff or bathing.”

Another resident stated “last week I took cold showers and I notified the staff on Tuesday. I have taken cold showers for four weeks in a row.” The second resident said that “he has notified the nursing on the floor each time the problem occurred.” The moderately cognitively intact resident’s MDS (Minimum Data Set) Assessment shows that the resident “needs supervision with setting up help only for bathing.”

A third resident’s “stated that he asked to leave the water on for more than five minutes until the water gets hot.” That resident said that “last week on Tuesday, the water was cold.” A Certified Nursing Assistant (CNA) said that “she has noted that she has to let the water run for five to ten minutes before it gets hot.” The survey team conducted a review of random bathroom water temperatures in the residents’ rooms and the shower room on the fifth floor while performing an initial tour between 2:30 PM and 3:30 PM.

Was your loved one victimized while living at Salem Village Nursing and Rehabilitation Center? If so, call the Illinois nursing home abuse and neglect lawyers at Nursing Home Law Center at (800) 926-7565 now. Our network of attorneys fights aggressively on behalf of Will and Kendall counties victims of mistreatment living in long-term facilities including nursing homes in Joliet. Contact us now to schedule a free case review to discuss how to obtain justice and resolve a financial compensation claim.

Our team of attorneys has years of experience in successfully resolving financial claims for compensation against all parties who caused nursing home residents harm, injury, loss, or preventable death. We accept every case concerning wrongful death, nursing home abuse, and personal injury through a contingency fee agreement. This arrangement will postpone the need to make a payment for our legal services until after our attorneys have resolved your case through a jury trial award or negotiated out of court settlement.

Our network of attorneys offers every client a “No Win/No-Fee” Guarantee, meaning if we are unable to resolve your case successfully, you owe us nothing. Let our network of attorneys start working on your case today to ensure your family receives the financial compensation they deserve for your harm. All information you share with our law offices will remain confidential.