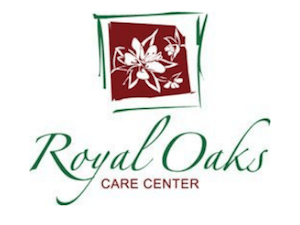 Abuse and neglect in a nursing home can be challenging to detect, especially in patients that have dementia or have symptoms that mask the common effects of mistreatment. In many cases, a family member will mistake neglect or abuse for a naturally progressing debilitating disease when in fact their loved one is being mistreated.

If you suspect that your loved one is being mistreated while residing in a Henry County nursing facility, contact the Illinois Nursing Home Law Center attorneys for immediate legal intervention. Our team of lawyers has successfully resolved cases just like yours and can help your family too. We use the law to hold those responsible for causing the harm both legally and financially accountable. Let us begin working on your case today.

This long-term care (LTC) home is a 200-certified bed Center providing cares and services to residents of Kewanee and Henry County, Illinois. The Medicare/Medicaid-participating "for profit" facility is located at:

Illinois and federal investigators have the legal authority to penalize any nursing home that has been cited for a serious violation that harmed or could have harmed in nursing home resident. Typically, these penalties include imposed monetary fines and denial of payment for Medicare services.

Information on every intermediate and long-term care home in the state can be reviewed on government-owned and operated database websites including Medicare.gov and the Illinois Department of Public Health website. These regulatory agencies routinely update the comprehensive list of safety concerns, opened investigations, incident inquiries, health violations, dangerous hazards, and filed complaints on facilities statewide.

In a summary statement of deficiency dated April 3, 2018, the state investigator noted that the nursing home had “failed to investigate and report an allegation of sexual abuse, as required by the facility’s abuse policy.” The deficient practice by the nursing staff and administration involved one of three residents “reviewed for abuse.”

The investigators reviewed the facility’s policy titled: Abuse Prevention revised on November 28, 2016, that reads in part:

“Prohibition against staff using any type of equipment (e.g., camera, smartphones, or other electronic devices) to take, keep or distribute photographs of residents that are demeaning or humiliating. Supervisors shall immediately inform the Administrator, or their designated representative of all reports of potential allege mistreatment, exportation, neglect, abuse of residents and misappropriation of resident property.”

“Upon learning of the report, the Administrator or designee shall initiate an investigation.”

The policy also documents: “Initial reporting of allegations – The facility must ensure that all alleged violations involving mistreatment, exploitation, neglect or abuse, including injuries of unknown source, misappropriation of resident property and reasonable suspicion of a crime are reported immediately to the Administrator the facility and other officials in accordance with State law through established procedures.”

On the morning of April 3, 2018, the Administrator stated that they were “informed of an allegation of sexual abuse, sometime last week, that a staff member sent an inappropriate picture of [a resident’s] cell phone.” The Administrator said that “the rumor was that either [a Certified Nursing Assistant (CNA) or a Unit Aide] sent a naked picture of themselves to [the resident].”

The Administrator “then stated that since an investigation was not completed, they] did not initially report the allegation to the State Agency [according to state law] or submit a final report within the required time frames.”

A review of the nursing facility’s Abuse Allegation Investigations dated October 26, 2017, through April 2, 2018, were reviewed and did not include documentation of the investigation conducted a notification to the State Agency of an allegation of sexual abuse involving [the resident, the CNA, or Unit Aide].”

In a summary statement of deficiencies dated April 3, 2018, the state investigators noted that the nursing home “failed to ensure that an allegation of sexual abuse was reported to the State Agency within the required time frames for one of three residents reviewed for abuse.” The Administrator stated that they “did not initially report the allegation to the State Agency or submit a final report within the required time frames.”

In a summary statement of deficiencies dated September 14, 2018, a state surveyor documented that the facility had failed to “reposition a resident every two hours and failed to prevent a facility-acquired pressure sore.” The deficient practice by the nursing staff involved one of three residents “reviewed for pressure sores.”

The state investigative team reviewed a resident’s Current Care Plan dated August 29, 2018, that notes that the resident “is at high risk for pressure sores and needs extensive assistance with repositioning.” The resident’s Assessment Notes that [the resident] acquired a 1.0 cm pressure sore to her coccyx on September 8, 2018.”

The resident’s Care Plan Notes documents that the resident “is to be reposition by staff at least every two hours. On September 13, 2018, the resident “was observed sitting directly on her coccyx in a reclining wheelchair from 9:30 AM until 12:24 PM.” The resident “was transferred to the bed at the time by [a Certified Nursing Assistant (CNA)] and was noted to have a reddened [area] around the pressure sore.” On September 13, 2018, at 12:25 PM, the CNA “stated the staff is supposed to reposition [the resident] at least every two hours.”

“The basic infection control concept for peri-care is to wash from the cleanest to the dirtiest area and remember to change or remove gloves and wash hands when going from working with contaminated items to clean items.”

The survey team observed a Certified Nursing Assistant (CNA) providing perineal care on the afternoon of September 11, 2018. While providing care and “without changing gloves, [the CNA] washed and dried [the resident’s] buttocks, then penis; rolled [the resident on to their] right side; placed a clean incontinence brief under [the resident]; placed the dirty washcloth and towel on the clean incontinence brief while touching the brief under the [resident].”

Ten minutes later, the CNA confirmed that they “did not change gloves, when going from dirty to clean during cares provided [to both residents].”

In a separate summary statement of deficiencies dated August 31, 2017, the state investigators noted the facility had “failed to follow infection control policies and procedures for two of twenty-one residents reviewed for infection control.” The investigators reviewed the facility’s policy titled: Handwashing revised December 2008 that reads in part:

“All staff shall wash hands as promptly and thoroughly as possible after resident contact with body fluids, excretions, equipment or articles contaminated by them.”

“The basic infection control concept for peri-care is to wash from the clean area to the dirtiest area and remember to change or remove gloves and wash hands when going from working with contaminated items to clean items.”

The investigative team reviewed the resident’s Current Care Plan that shows of the resident “is strictly incontinent of urine and stool and requires extensive assistance for toileting and peri-care.” On August 28, 2017, while toileting the resident, a CNA “donned gloves, removed [the resident’s] soiled incontinence brief and cleansed [their] peri-anal area after a bowel movement.”

The CNA “then removed their soiled gloves and donned clean gloves, retrieved lotion from the bedside stand and applied the lotion to [the resident’s] buttocks and lower back, without performing hand hygiene between the gloves changes.”

The CNA “then removed her gloves and donned another pair of gloves, placed a clean incontinence brief on [the resident] and assisted [another CNA] in arranging [the resident’s] clothing, without performing hand hygiene.”

The investigators interviewed the Director of Nursing who said that “hand hygiene is to be performed after the removal of gloves and [before] donning clean gloves while performing resident cares, including perineal cleansing.”

In a summary statement of deficiencies dated September 14, 2018, the investigators noted that the facility had “failed to provide an environment free of pest/insects. This failure has the potential to affect all 138 residents residing in the facility.”

Between September 11, 2018, at 9:00 AM until September 12, 2018, at 2:00 PM, several flies “were observed on the A-Wing, B-Wing, and C-Wing areas. On September 12, 2018, at 9:00 AM, the A-Wing Dining Area had a cricket crawling on the floor, several flies swarming by and among flying around. The dining area’s second window (from the east), has a screen, not fully attached, containing a hole slightly larger than a silver dollar, one hole the size of a quarter and a sheet folded/squashed in between the windows with an approximately 1-inch gap at the top, allowing for entrance of pests.”

The investigators interviewed the Director of Nursing who “confirmed the gap in the A-Wing dining area window which would allow the entrance of pests into the facility.” The current census at the facility at the time documents that 138 residents lived at Royal Oaks Care Center.

Do You Have More Questions about Royal Oaks Care Center? We Can Help

Do you suspect that your loved one was abused or mistreated while living at Royal Oaks Care Center? If so, call the Illinois nursing home abuse and neglect attorneys at Nursing Home Law Center at (800) 926-7565 now. Our network of attorneys fights aggressively on behalf of Henry County victims of mistreatment living in long-term facilities including nursing homes in Kewanee. Contact us now to schedule a free case review to discuss how to obtain justice and resolve a financial compensation claim.

Our skilled attorneys can file and successfully resolve your nursing home abuse or mistreatment case to hold those who caused your loved one harm financially accountable. We accept all nursing home cases involving personal injury, abuse, and wrongful death through a contingency fee arrangement. This agreement postpones your payment for our legal services until after we have successfully resolved your case through a jury trial award or a negotiated settlement.

Our network of attorneys offers every client a “No Win/No-Fee” Guarantee, meaning if we are unable to resolve your case successfully, you owe us nothing. We can start on your case today to ensure you receive compensation for your damages. All information you share with our law offices will remain confidential.