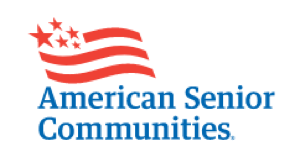 Do you suspect that your loved one has been victimized by nursing home neglect at the hands of caregivers in charge of providing the best care? Are you concerned that their facility-acquired bedsore or an injury from the fall could have been prevented had the staff followed the established standards of protocol? If so, contact the Indiana Nursing Home Law Center attorneys now for immediate legal intervention.

Our team of lawyers has worked on cases exactly like yours and can help your family, too. Call us now so we can begin working on your Wayne County nursing home neglect case today. Time is of the essence; all necessary paperwork must be filed in the proper Indiana county courthouse before the statute of limitations expires.

This nursing home is a Medicare and Medicaid-participating "county government-owned nonprofit" center providing cares and services to residents of Richmond and Wayne County, Indiana. The 110-certified bed nursing facility is located at:

The nursing home also received thirty-three complaints over the last three years that resulted in a violation citation. Additional information about this nursing home can be found on the Indiana Nursing Home Report Cards Website.

According to investigators, “the facility failed to assist discharge planning for [one resident] reviewed for participation care planning.” In one incident, the surveyors interviewed a resident who indicated that “he did not feel the facility included him on decisions about his medicine, therapy, or other treatments.”

The surveyors observed the resident “standing outside the dining room listening to a band. The resident smiled and stated you cannot keep a good man down and then walked independently down the hallway.” At the time of the formation of the admission care plan, the resident’s Guardian and Social Services Director attended. However, “the resident’s three sons were invited and did not show up. The resident reports he was only staying in the facility until he was healed up.”

There was a discussion of “possible discharge plans and discussions concerning the resident’s drinking. The Care Plan meeting was rescheduled as the resident’s three sons did not show up.” A review of the resident’s Quarterly MDS (Minimum Data Set) Assessment indicated that the resident “had the ability to understand others and was able to make himself understood. The resident’s decisions regarding tasks for daily decision-making was independent, and decisions were consistent and reasonable.”

Documentation shows that the resident “had symptoms of feeling down, depressed, and hopeless, poor appetite or overeating, feeling bad about himself and trouble concentrating.” The surveyors say that the remainder of the MDS assessment “was incomplete.”

The surveyors interviewed the resident who indicated that “the facility had not talked to him about his discharge planning. The resident felt that no one cared if he was at the facility for years. The resident felt it would be different if he were in a wheelchair or something like that, but he was perfectly capable of taking care of himself.”

The resident stated that he “felt like he was not free anymore and served in the military and should be able to do what he wanted.” The surveyors indicated that there was “no Care Plan related to discharge planning.”

Neglected or Abused at Rosebud Village Nursing Center? We Can Help

Was your loved one mistreated while residing at Rosebud Village Nursing Center? Contact the Indiana nursing home abuse lawyers at Nursing Home Law Center at (800) 926-7565 for immediate legal intervention. We represent Wayne County victims of abuse and neglect in all areas including Richmond.