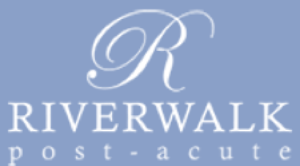 Do you suspect that your loved one has been mistreated while living in a Riverside County nursing facility? Are you concerned that their injuries or unexpected death are a result of abuse or neglect by caregivers, employees, or other patients? If so, contact the California Nursing Home Law Center Attorneys now for immediate legal intervention.

Let our team of abuse prevention lawyers work on your behalf to ensure your family receives monetary compensation for your damages. We use the law to ensure that those responsible for causing injuries and harm are held financially and legally accountable. Let us begin working on your case today.

This long-term care center is a "for-profit" 146-certified bed home providing cares to residents of Riverside and Riverside County, California. The Medicare and Medicaid-participating facility is located at:

The state of California and the federal government are legally responsible for monitoring each nursing home and impose monetary fines and deny payments through Medicare if serious violations have been identified. These penalties are typically imposed when the violation is severe and harmed or could have harmed a resident.

Additional information concerning the facility can be reviewed on the comprehensive California Department of Social Services Adult Protective Services Website.

Our attorneys obtain and review data on every California long-term care home from various online publically available sources, including the Department of Public Health website and Medicare.gov.

The state investigators determined the nursing home "facility failed to provide five residents, in a universe of 137, an environment free from verbal and physical abuse from [an aggressive resident]. This failure resulted in injuries and feelings of being unsafe and placed the resident in jeopardy [that involved] a severe and negative psychosocial response due to the ongoing presence of an unsupervised resident who could continue to hurt residents while at the facility.”

The state investigators determined that “due to the facility’s failure to provide an environment free from physical abuse from [the aggressive resident], the Administrator and Director of Nursing were verbally notified of an Immediate Jeopardy situation.” As a result, the investigators conducted an unannounced visit “at the facility to investigate two complaints regarding resident-to-resident abuse.”

At one point, the resident “was observed sitting in a wheelchair at the corner of the outside patio. There were two residents by the shaded area of the patio and three more residents a few feet away from [the aggressive resident]. There was no staff member present on the outside patio.”

Do you suspect that your loved one suffered injury or died prematurely while living at Riverwalk Post Acute Nursing Center? Contact the California nursing home abuse prevention lawyers at Nursing Home Law Center at (800) 926-7565 for immediate legal intervention. We represent Riverside County victims of abuse and neglect in all areas, including Riverside.