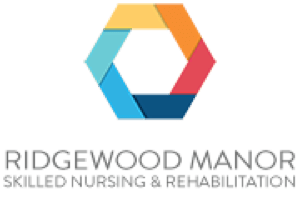 Do you suspect that your loved one is being neglected, mistreated or abused while residing in a Lucas County nursing facility? Are you concerned that their facility acquired bedsore or injuries from a fall could have been prevented had the nursing staff follow the established protocols? Is your loved one being injured by other patients due to a lack of supervision or monitoring by the nursing staff?

If so, contact the Ohio Nursing Home Law Center Attorneys now for immediate legal assistance. Let our team of lawyers work on your family’s behalf to ensure you receive monetary compensation to recover your damages. Let our network of attorneys fight aggressively to seek justice on your behalf.

This long-term care home is a "for profit" 90-certified bed center providing cares and services to residents of Maumee and Lucas County, Ohio. The Medicare and Medicaid-participating facility is located at:

The state of Ohio and the federal government have the legal obligation to monitor every nursing facility and impose monetary fines or deny payments through Medicare if the facility has violated established nursing home regulations and rules. In serious cases, the nursing facility will receive multiple penalties if investigators find the violations are severe and harmed or could have harmed a resident.

This nursing home also received seven complaints and self-reported one serious issue over the last thirty-six months that resulted in violation citations. Additional documentation about fines and penalties can be found on the Ohio Long-Term Care Consumer Guide.

According to state surveyors, “the facility failed to take precautionary measures to protect the health and safety of a resident when the facility failed to act upon [a second resident’s] verbal threat to cause bodily harm to [the resident.” The failure “resulted in Immediate Jeopardy when [the verbally and physically abusive resident] acted upon his threat by punching [the first resident] repeatedly in the face with a closed fist, causing serious injury.”

The nursing home “failed to implement the facility abuse policy report an allegation of a threat to cause bodily harm and to protect a resident from the threat.” The investigation involved the previously listed incident above that caused a resident’s bodily harm.

The nursing facility “failed to ensure pressure relieving devices were applied as ordered.” The survey team reviewed a resident’s Plan of Care that revealed the resident “had fragile skin; it was at risk for skin breakdown. It revealed the resident was to have bilateral heel protectors in place while in bed.”

The survey team observed the resident “in bed [with] no heel protectors in place. One to protect was seen on top of the bedcovers.” During an interview with the resident, it was revealed that “she was supposed to have the heel boots on both feet, but they had not put them on her for a long time.” The resident further stated that “heels hurt most of the time and felt better with the heel boots on.”

Do you suspect that your loved one suffered injury or died prematurely while living at Ridgewood Manor Nursing Center? Contact the Ohio nursing home abuse attorneys at Nursing Home Law Center at (800) 926-7565 for immediate legal intervention. We represent Lucas County victims of abuse and neglect in all areas including Maumee.