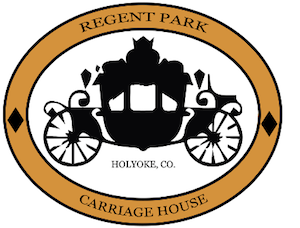 Any form of mistreatment that involves a nursing home resident can constitute neglect or abuse if it occurs at the hands of another patient, caregiver, friend, family member or employee. Every nursing home is legally bound to provide the ultimate protection to each patient in a safe, compassionate environment. Any form of mistreatment could be the result of a lack of supervision, failed hiring practices, or minimal training.

The Colorado attorneys at Nursing Home Law Center have represented many families whose loved one was injured, harmed or died prematurely while residing in a Phillips County nursing facility. If your loved one has been mistreated at Regent Park Nursing and Rehabilitation Center, contact our Colorado nursing home neglect lawyers today so we can begin working on your case to ensure that your family is adequately compensated for your monetary damages.

This Medicare/Medicaid-participating long-term care (LTC) center is a "for profit" 51-certified bed home providing cares to residents of Holyoke and Phillips County, Colorado. The facility is located at:

Federal agencies and the State of Colorado have a legal responsibility to monitor every nursing facility. If serious violations are identified, the governments can impose monetary fines or deny payments through Medicare if the resident was harmed or could have been harmed by the deficiency.

Within the last three years, Regent Park Nursing and Rehabilitation Center has received four formally filed complaints due to substandard care that all resulted in citations. Additional documentation about fines and penalties can be found on the Colorado Department Of Public Health an Environment Department of Public Health Website concerning this nursing facility.

The state of Colorado routinely updates their long-term care home database systems to reflect all dangerous hazards, safety concerns, health violations, incident inquiries, opened investigations, and filed complaints. This information can be found on numerous sites including the CO Department of Public Health and Medicare.gov.

In a summary statement of deficiencies dated March 23, 2017, the state investigators noted that “the facility failed to provide necessary care and services to attain or maintain the highest practicable physical, mental and psychosocial well-being [by] a comprehensive assessment and plan of care.” The deficient practice by the nursing staff involved six residents at the facility.”

The investigative team said that the nursing home had “specifically failed to perform adequate diabetic/insulin management for [two residents], implement positioning interventions for [a third resident], and conduct and monitor all skin conditions for [two other residents].” The nursing home also failed to “perform adequate monitoring and management of dementia care and services for [another resident].”

The investigators reviewed a moderately, cognitively impaired resident’s MDS (Minimum Data Set) Assessment that revealed the patient “requires extensive assistance with bed mobility, transfers, ambulation, dressing, toileting, and personal hygiene. She has a range of motion limitation to both upper extremities. She was not on a restorative nursing program. The resident did not reject care during the review period.”

The surveyors observed the resident on the morning of March 27, 2017, leaning “toward the left side of her manual wheelchair. There was no cushion or padding between her left arm and the chair.” By 3:12 PM that same day, “the resident participated in an activity inside the television room [and] was slouched and leaned on her left side. There was no cushion or device to help the resident sit in an upright position to reduce the pressure on her left arm against the wheelchair.”

About thirty minutes later, “the resident was by the nurse’s station and [a Certified Nursing Assistant (CNA)] offered to help the resident to the television room. She did not attempt to reposition the resident before she propelled the resident. The resident remained positioned on her left side without help from the staff or device to aid in her position. Her head extended past the left wheelchair arm; her left arm was inside the wheelchair was pressed against the left armrest.”

On March 23, 2017, the resident was observed “leaning while she ate breakfast. There was no support device or cushion to help with the pressure applied to the left arm.”

The surveyors reviewed the resident’s Record Review of Care Plans that showed “there was no Care Plan related to the resident’s positioning issues. There was no information or evidence available on identification, goals, or approaches for staff to address how she leaned in her wheelchair.”

The surveyor said that “as of March 8, 2017, Therapy Screening Form, it was revealed that “the resident was screened at the request of the resident’s family and nursing department. She had poor positioning and body alignment. She leaned in her chair. The form identified the resident would benefit from positioning and a trunk-strengthening program.”

The survey team requested the facility Interdisciplinary Progress Notes from March 1, 2017, through March 23, 2017. However, “the facility did not provide the notes during the survey process.” During an interview with two Certified Nursing Aides (CNAs), it was revealed that “the resident always leaned and had a slouched posture. They stated she complained of pain to both arms and shoulders. They stated they were unaware of any wedge to help her with positioning.”

In a summary statement of deficiencies dated March 23, 2017, the state investigators documented that the facility had failed to “ensure residents remain as free from accident hazards as possible. Specifically, the facility failed to ensure [one resident] received their own investigations and implementation of interventions after two incidents.”

“Unusual occurrence events, incidents, and accidents noted by facility staff will be reported to the nurse caring for the resident for completion of the incident report in the electronic health record.”

“Notification of Physician and responsible party will be noted on each form. Incident reports will be reviewed in the daily meetings and assign for follow-up and investigations.”

The investigators reviewed a resident’s MDS (Minimum Data Set) Assessment dated February 15, 2017, that shows that the moderately, cognitively impaired resident “requires extensive assistance with bed mobility, transfers, ambulation on/off the unit, dressing, toileting, and personal hygiene. There were balance concerns moving from a seated to a standing position, walking, moving on and off the toilet, and surface-to-surface transfers. She was occasionally incontinent of urine and always incontinent of bowel.”

“The resident “did not have any surgical wound, burn, skin tear or moisture-associated skin damage [and] had no falls since the previous assessment.”

The survey team interviewed a Licensed Practical Nurse (LPN) who stated that the resident fell “and the fall resulted in injury. The LPN said the resident had bruising on her face and arm due to the fall.”

A review of the resident’s Fall Care Plan dated February 10, 2016 showed that the resident “was at risk from injuries from falls related to a history of falls. The goals were the resident would transfer safely to/from all surfaces and have no significant injury related to falls.” The Care Plan also said that there were interventions to “rule out medical complications with increased falls by obtaining oxygen saturations, blood sugar, and urine analysis; notify the family and Physician of falls or injuries; therapy screening.”

The surveyors reviewed the Incident Report dated March 8, 2017 that revealed “the resident suffered a fall with head injury. She was in her room, got up from a chair without assistance, and lost her balance. She fell hitting her head. A nurse was coming down the hall and heard the resident yelling. The nurse found her on the floor inside her room.”

The documentation shows that “the resident had a hematoma on the left frontal lobe and eye, a red area 2.0 cm x 2.0 cm on the left wrist.” A notation was made of the immediate action was taken including “a physical assessment, vitals, and resident transported to the emergency room. The resident expressed pain.” The “Physician and family were notified. There were no signatures” on the Incident Report that was reviewed.”

The resident’s SBAR (Situation, Background, Assessment, Recommendations) Form revealed that the resident “was found on the floor. She hit her head and her left wrist. She rated her pain five out of five. Her status was worse by movement. The nurse’s assessment was head trauma.”

The investigative team interviewed the Director of Nursing who said “a couple of months ago, the facility lost a Registered Nurse from the night shift and she needed to go back to the unit as a medication nurse. She said her heart was not in the Director of Nursing position and her preference was always taking care of her residents.”

The survey team reviewed the facility Nursing Staff Schedule for the week of September 16, 2018, through September 22, 2018, that revealed that “the Director of Nursing was scheduled to work twelve-hour shifts and had worked three-night shifts.”

Was your loved one injured or did they die prematurely while residing at Regent Park Nursing and Rehabilitation Center? If so, call the Colorado nursing home abuse lawyers at Nursing Home Law Center at (800) 926-7565 now. Our network of attorneys fights aggressively on behalf of Phillips County victims of mistreatment living in long-term facilities including nursing homes in Holyoke. Contact us now to schedule a free case review to discuss how to obtain justice and resolve a financial compensation claim.

Our knowledgeable attorneys have years of experience in handling cases that involve nursing home abuse occurring in private and public nursing facilities. We accept every case involving nursing home abuse, wrongful death or personal injury through a contingency fee arrangement. This agreement postpones making payments to our legal firm until after we have successfully resolved your case through a jury trial award or negotiated settlement.

Our network of attorneys offers every client a “No Win/No-Fee” Guarantee, meaning if we are unable to resolve your case successfully, you owe us nothing. Our team of attorneys can begin working on your behalf today to make sure you are adequately compensated for your damages. All information you share with our law offices will remain confidential.