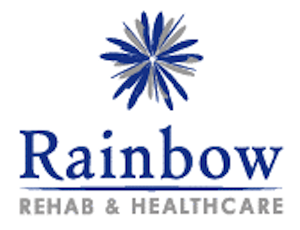 Relocating a loved one into a nursing home can be a challenging and painful experience. In many incidents, the family has no other option than to entrust the care of a loved one to medical professionals in a facility knowing that they will be treated with compassion, respect, and dignity. Unfortunately, many nursing home patients are victimized through negligent caregivers or assaulted at the hands of other residents. Often, the victim feels abandoned or subjected to physical abuse, sexual assault or serious injury from defective equipment.

The Tennessee Nursing Home Law Center attorneys have represented many Shelby County nursing home residents who were harm through mistreatment, and we can help your family too. Contact us now to begin the process of obtaining financial compensation for your damages and hold those accountable for your harm legally responsible. Time is of the essence. All paperwork must be prepared and submitted to the appropriate county courthouse before the Tennessee statute of limitations expires.

This nursing home is a "for profit" center providing cares and services to residents of Memphis and Shelby County, Tennessee. The Medicare/Medicaid-participating 115-certified bed nursing facility is located at:

Tennessee nursing home regulators and federal inspectors have the legal authority to penalize any nursing home identified as violating rules and regulations that harmed or could have harmed a resident. Typically, these penalties include monetary fines and denial for payment of medical services.

Within the last three years, investigators levied a massive monetary fine against Rainbow Rehabilitation and Healthcare Center on September 14, 2016, for $602,723. On the same date, Medicare denied payment for services rendered.

Over the last thirty-six months, the facility received eight formally filed complaints and self-reported one serious problem that resulted in a citation. Additional information about penalties and fines can be located on the Tennessee Department of Health Nursing Home Reporting Website concerning this nursing facility.

Detailed information on each long-term care facility in the state can be obtained on government-run websites including Medicare.gov and the Tennessee Department of Public Health website. These regulatory agencies routinely update their list of incident inquiries, dangerous hazards, filed complaints, health violations, safety concerns, and opened investigations on nursing homes statewide.

In a summary statement of deficiencies dated September 14, 2016, the state survey team noted the nursing home’s failure to "ensure a complete and thorough investigation was conducted for a verbal abuse allegation.” The Nursing Home also “failed to ensure the abuse allegation was reported to the State Agency.” The investigators reviewed the facility’s policy titled: Abuse Prevention Program that reads in part:

“All reports of abuse shall be promptly and thoroughly investigated by facility management. Witness reports will be obtained in writing. Witnesses will be required to sign and date such reports. Employees of the facility who have been accused of resident abuse will be suspended from duty until the results of the investigation have been reviewed by the Administrator.”

The investigators reviewed a resident’s closed medical record. The document showed that the resident was moderately cognitively impaired and had “verbal, behavioral symptoms directed toward others for one to three days, and totally dependent on staff for all activities of daily living.”

The resident’s Care Plan dated July 10, 2016, documented: “Alteration and comfort. Interventions: Observe for signs and symptoms of pain and discomfort [with] facial grimacing.” The nursing staff was directed to “gently redirect activities when the resident makes inappropriate actions. Tell resident behavior is inappropriate.”

A review of the facility’s Nurse’s Notes dated August 19, 2016 documents that the resident’s son came to the desk and “stated that the housekeeping girl hollered at the resident telling her she would give her something the holler about.” The son said, “I notified the Social Worker.” The investigators reviewed the Grievance Log and the facility’s abuse allegation investigations during the timeframe and there “was no documentation of an allegation of abuse made by [the resident’s] son.”

The investigators interviewed a Licensed Practical Nurse (LPN) providing the resident care and “asked what happened the day [the resident’s] son reported the allegation of verbal abuse.” The LPN stated, “her son was here. He came and started telling us that his mother said the housekeeper came in there and told her if she [was] not quiet, she would give her something to yell about. She was right there in front of the nursing station. I cannot say she did not, but [the resident] said she did not.”

The LPN replied, “I am not really sure” stating that she had written a statement in the Nurse’s Notes but did not “know if they did anything else about it.” The LPN said that she could not remember if she told the Director of Nursing, Administrator or supervisor and was unsure what housekeeper was involved.

In a summary statement of deficiencies dated September 14, 2016, the state investigators documented that the facility had failed to “provide care and services for residents with pressure ulcers [that] resulted in deterioration of the wound and resulted in Immediate Jeopardy” to two residents at the facility. The investigators identify an Immediate Jeopardy as “a situation in which the provider’s noncompliance has caused or is likely to cause, serious injury, harm, impairment, or death to the resident.”

The incident that led to the Immediate Jeopardy involved a resident who was “severely impaired for daily cognitive skills and had a Stage IV pressure ulcer on admission” measuring 2.4 centimeters long, 0.6 cm wide and 0.1 cm deep. The resident’s care plan dated April 15, 2016, and revised on July 20, 2016 shows interventions including “weekly treatment documentation to include a measurement of each area of skin breakdown with, length, depth, type of tissue and exudate.”

In a summary statement of deficiencies dated September 14, 2016, the state survey team noted that the nursing home had failed to “implement accident prevention interventions for one of two residents reviewed for accidents.” The investigators reviewed the resident’s medical records and fall risk assessment completed on June 29, 2016, and July 9, 2016, that revealed that the “resident had a high risk of falls.” The resident’s Admission MDS (Minimum Data Set) Assessment revealed the resident “had no cognitive impairments.”

The investigators reviewed the facility Nurse’s Notes dated August 23, 2016, that revealed an IV pole had fallen and the resident told the nurse that he pushed his IV pole to the bathroom and that the pole fell but he did not get hurt. However, the Nurse’s Notes dated the following day revealed that the resident complained of the knee, left hip and left shoulder pain from the fall and had bruising noted. A follow-up assessment of the fall the next day showed that the resident’s range of motion was within normal limits, but the resident still complained of “being sore from the fall.”

The resident’s Care Plan initiated on June 30, 2016 documents that the resident “was at risk for fall-related injuries.” The fall document on July 9, 2016, showed “Laceration on forehead. Interventions: wheelchair alarm. Hourly rounds for the fall on August 3, 2016. The Care Plan had not been updated with new interventions to prevent further accidents following [the resident’s] fall on August 23, 2016.

The investigative team interviewed the MDS Director and asked if the resident’s “Care plan had been updated with new interventions following the fall on March 20, 2016.” The Director replied, “No” and confirmed that the resident’s “current Care Plan calls for a wheelchair alarm to be put in place.”

Do you have any suspicions that your loved one as a resident in Rainbow Rehabilitation and Healthcare Center was abused, neglected or mistreated. If so, take steps now by contacting the Tennessee nursing home abuse lawyers at Nursing Home Law Center at (800) 926-7565. Our network of attorneys fights aggressively on behalf of Shelby County victims of mistreatment living in long-term facilities including nursing homes in Memphis.

Let our skilled attorneys file and handle your nursing home abuse compensation claim against all those who caused your loved one harm. Our years of experience ensure a successful resolution. Contact us now to schedule a free case review to discuss how to obtain justice and resolve a financial compensation claim. We can begin working today on your claim for compensation to ensure your rights are protected.

We accept every case concerning wrongful death, nursing home abuse, and personal injury through a contingency fee agreement. This arrangement postpones making upfront payments for our legal services until after we have successfully resolved your compensation claim through a negotiated settlement or jury trial award. We can begin representing you in your case today to ensure you receive adequate compensation for your damages. All information you share with our law offices will remain confidential.