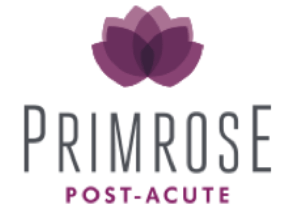 The number of cases involving mistreatment in nursing facilities throughout California has risen significantly over the last few decades. Many senior citizens, rehabilitating, and disabled become victims of abuse and neglect at the hands of caregivers, employees, visitors, or other patients. If your loved one was injured while living in a Los Angeles County nursing facility, contact the California Nursing Home Law Center Attorneys now for immediate legal assistance.

Our team of abuse prevention lawyers has handled cases precisely like yours, and we can help your family, too. Let us begin working on your case now to ensure you receive financial compensation from recovering your damages.

This nursing facility is a "for-profit" Medicare and Medicaid-participating home providing services to residents of Inglewood and Los Angeles County, California. The 69-certified bed long-term care center is located at:

Information on every intermediate and long-term care home in the state can be reviewed on government-owned and operated database websites, including the California Department of Public Health and Medicare.gov.

The state investigators determined the nursing home "failed to ensure [a Certified Nursing Assistant (CNA)] did not yell, curse, use obscenities, and physically threaten [one resident] saying ‘I will have my boyfriend shoot you,’ after [the resident] had expressed concerns about [the CNA] pouring urine out of the urinal into his sink. This [failure resulted in the resident] becoming filled with anxiety and created an intense fear for his life, which resulted in a loss of sleep, and forced them to leave the facility before being medically cleared by his Physician.”

The state investigators made an unannounced visit to the facility “to investigate an allegation that [the CNA] verbally abused and threatened [the resident].” The resident had stated that “the other night around 2:00 AM, in the morning, he saw [the CNA] emptying and rinsing a urinal in his sink.” The resident stated he told the CNA “that he washed his face in the sink and that what she was doing was unsanitary. The resident stated [the CNA] told him ‘shut up and to drop dead.’”

The resident “became upset by [the CNA's] words and began to argue with her when [the CNA] started to yell louder and louder by using obscene language.” The CNA “then told the resident, ‘I will have my boyfriend shoot you.’”

In a separate summary statement of deficiencies dated April 4, 2017, the facility failed to ensure that a CNA “did not physically abuse [one resident] by hitting him with his hand on the left side of his face, causing swelling and purplish discoloration after [the resident] asked for food. This deficient practice has the potential to cause feeling fearful, frightful, and helpless, and had the potential to place other residents at risk for ongoing physical, verbal, and psychological abuse.”

The resident stated through an interpreter that “the male nurses came inside the room and stated, ‘I came here already’ and then hit him in his face.” The resident, “while speaking, also balled up his hand to make a fist and demonstrated to the surveyor how he was hit.”

A Licensed Vocational Nurse stated that “when she got to the room right away, she noticed swelling and redness to the resident’s right cheek, and the resident was speaking his native language (Spanish) in a loud tone while pointing at his face.”

Were You Abused or Neglected at Primrose Post Acute Nursing Center? We Can Help

Was your loved one mistreated while residing at Primrose Post Acute Nursing Center? Contact the California nursing home abuse prevention lawyers at Nursing Home Law Center at (800) 926-7565 for immediate legal intervention. We represent Los Angeles County victims of abuse and neglect in all areas, including Inglewood.