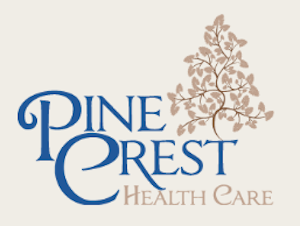 Placing an elderly, rehabilitating or disabled loved one into a nursing home can be the family’s toughest decision. Many family members want to ensure that their spouse, parent, grandparent, sibling or child is receiving the best care in a compassionate, safe environment. Unfortunately, the cases of neglect and abuse by caregivers, employees and other residents have increased significantly in recent years.

An incident of mistreatment is often the result of a lack of staff training, inadequate criminal background checks, insufficient supervision or the careless action by trained professionals. Other times, the patient is sexually assaulted by other residents or employees at the facility.

If you suspect that your loved one was mistreated, abused, neglected or sexually attacked while residing in a Cook County nursing facility, contact the Illinois Nursing Home Law Center attorneys for immediate legal intervention. Our team of Chicago nursing home negligence lawyers has successfully resolve cases just like yours. Contact us now so we can begin working on your claim today to ensure your family receives adequate financial compensation for your damages.

This nursing home is a "for profit" center providing services to residents of Hazel Crest and Cook County, Illinois. The Medicare/Medicaid-participating 199-certified bed nursing facility is located at:

The investigators for the state of Illinois and federal nursing home regulatory agencies are legally responsible for penalizing any facility that has violated rules and regulations that harmed or could have harmed a resident. These penalties often include monetary fines and denying payment of Medicare services.

Within the last three years, Pine Crest Health Care has received seven formally filed complaints due to substandard care that all resulted in citations. Additional documentation about penalties and fines can be reviewed on the Illinois Department of Public Health Nursing Home Reporting Website concerning this nursing facility.

Information on every intermediate and long-term care home in the state can be reviewed on government-owned and operated database websites including Medicare.gov and the Illinois Department of Public Health website. These agencies routinely update the comprehensive list of safety concerns, health violations, opened investigations, filed complaints, dangerous hazards, and incident inquiries on facilities statewide.

In a summary statement of deficiencies dated July 26, 2018, a state investigative team noted the nursing home's failure to “ensure that staff utilized hand hygiene while serving trays. This deficient practice has the potential to affect seventy-six residents receiving food from the kitchen.” The surveyors reviewed the facility’s policy titled: Hand Washing dated September 2014 that reads in part:

“All facility staff will practice handwashing activities with an antimicrobial agent or water-less anti-septic agent according to this policy.”

The facility staff shall wash hands “before and after resident contact; before handling food or food trays and after feeding a resident.”

The state survey team observed the facility Cook touching “serving trays with gloved hands then picked up baked potatoes, chicken nuggets with the same gloves hands and placed them on the residents’ plates.” The Cook “acknowledged wearing gloves but denied using gloved hands to pick up potatoes.”

The Cook confirmed “picking up the chicken nuggets with gloved hands [and said], ‘I was supposed to wash hands and change gloves after touching serving trays, but since we are on a time limit to get the food served, I did not change them.’”

In a summary statement of deficiencies dated September 27, 2018, the state surveyors “failed to [perform] a blood glucose monitoring of a diabetic resident.” The deficient practice by the nursing staff involved one of three residents “reviewed for diabetic management.” The surveyor said that “this failure resulted in [the resident] being admitted to the hospital.”

A review of the resident’s Face Sheet shows that the patient “was started on an insulin sliding-scale, eight units of long-acting insulin at bedtime and blood glucose monitoring every six hours.” The resident’s Nurse’s Notes and Hospital Records dated July 10, 2018, shows that the resident “has large blood glucose swings from 58 to 329 mg/dL. Better blood glucose control would be achieved by increasing the long-acting insulin from eight units to fifteen units at bedtime and discontinuing the insulin sliding-scale, only using it as needed for appropriate blood sugar control.”

The resident’s Nurse’s Notes dated September 12, 2018 documents that the patient “was found less responsive to verbal stimuli with oxygen saturation of 76% on room air. The paramedics were called and [the resident] was admitted to the hospital” and intubated before being “transferred to the intensive care unit.”

The investigative team interviewed the facility Director of Nursing on the morning at September 27, 2018, who said that “the resident’s blood sugars were not taken because when [the resident] when out to the hospital… the insulin sliding-scale was discontinued. The resident received fifteen units of long-acting insulin for twenty-eight days, and it was discontinued. I cannot explain why there was no other blood glucose monitoring done for this resident.”

In a summary statement of deficiencies dated January 19, 2018, the state survey team noted that the nursing home had failed to “provide grooming, hygiene, and nutritional services to dependent residents.” The deficient practice by the nursing staff involved three residents “reviewed for the increased need for help with activities of daily living.”

The state survey team accompanied the Director of Nursing on the morning of January 17, 2018, and found a “resident lying in bed with lower extremity curled up toward the waist.” The surveyors say that the “resident is nonverbal and very disoriented. He had a heavy beard and mustache of different lengths (one inch to several inches) of thick, coarse facial hair.” The resident’s fingernails were found to be “two inches long and curled that the tips with black substances embedded underneath the fingernails.” This resident “is total care.”

The survey team observed a different resident twenty minutes later in their room “up in the recliner-type wheelchair and noted to have two to three long (five to six inches) strands of hair from under her chin area.” This resident “is nonverbal and total care.”

The survey team observed the third resident five minutes later “seated in the recliner-type wheelchair and noted with a heavy beard. At [noon in the resident’s room, the resident] is seated in a recliner-type wheelchair and the room smells of urine.” This resident “is verbally abusive toward [the Director of Nursing] and the surveyor, saying to leave [them] alone and to get out of the room, using profanity.” This resident “has dried, cracked skin visible on the legs and lips. No fluids are available for [the resident] to drink.

At 12:10 PM in a fourth resident’s room, this resident “is in bed all contracted, and legs are drawn up toward the waist.” This resident “is nonverbal and very disoriented [with] heavy, thick facial stubble and is wearing a hospital gown.”

A sixth resident was observed in their room “lying in bed with his catheter bag on the floor.” This resident “is a total assist for the majority of his needs and has limited use of extremities.” This resident “was not moving in bed.” Additional residents were observed in their rooms with appearances that seem to suggest that they are not receiving assistance to perform their activities of daily living.

In a summary statement of deficiencies dated July 26, 2018, the state survey team noted that the facility “failed to ensure the kitchen equipment was properly sanitized between uses. The facility also failed to follow its policy for air-drying a 2-gallon pitcher and blender blade [before] use. This [failure] has the potential to affect 150 residents who receive an oral diet from the kitchen.”

The surveyors conducted a tour of the kitchen on the morning of July 25, 2018, between 9:49 AM and noon. At 10:05 AM, the Dietary Tech/Assistant “washed, rinsed and sanatized the 2-gallon pitcher, then placed the wet picture on the table.” A few minutes later, the Cook “poured boiling water into the wet picture then into the au gratin potatoes.” The Dietary Manager said that “items are to be air dried before use] and said that] everyone can have the au gratin potatoes except three (nothing by mouth) patients and one renal patient.”

Neglected or Abused at Pine Crest Health Care Nursing Facility? We Can Help

Was your loved one the victim of mistreatment, abuse or neglect while living at Pine Crest Health Care Nursing Home? If so, contact the Illinois nursing home abuse and neglect attorneys at Nursing Home Law Center at (800) 926-7565 today. Our network of attorneys fights aggressively on behalf of Cook County victims of mistreatment living in long-term facilities including nursing homes in Hazel Crest. Contact us now to schedule a free case review to discuss how to obtain justice and resolve a financial compensation claim.

Our seasoned attorneys provide legal representation to long-term care home residents who have been harmed by negligence and abuse. Our legal team has years of experience in successfully resolving claims for compensation against caregivers who must be held accountable. We accept every nursing home neglect case, wrongful death lawsuit, personal injury claim for compensation through a contingency fee arrangement. This agreement postpones the need to make a payment to pay for legal services until after your case is successfully resolved through a jury trial award or negotiated out of court settlement.

Our network of attorneys offers every client a “No Win/No-Fee” Guarantee, meaning if we are unable to resolve your case successfully, you owe us nothing. We can begin working on your case today to ensure your family receives monetary recovery for your damages. All information you share with our law offices will remain confidential.