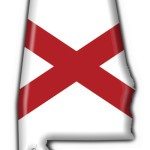 Having been released from her employment as a certified nursing assistant (CNA), Ms. Hopkins worked at the South Haven facility located on Old Columbiana Road for over a year.

The police chief had indicated that members of the male patient’s family suspected abuse at the facility and made contact with Hoover police. The victim suffers from dementia and Alzheimer’s disease and is incapable of caring for himself. In addition, he is unable to speak and remains frail, bedridden and helpless.

According to the police, the abuse occurred on August 13, 2014. At that time, the police department launched an investigation to gather evidence to issue a warrant for Ms. Hopkins arrest. As a part of the investigation, police located visual evidence that can be used against the suspect. As a result, an arrest warrant for the accused was issued.

Ms. Hopkins arrived at the Jefferson County Jail to avoid being taken into custody and is currently being held on a $15,000 bond. This is not the first time that Hopkins has been arrested. In 2011, she was arrested and charged with domestic violence. However, the charge was eventually dismissed.

At this point in the investigation, the police are unsure what fueled Hopkins to act as she did against the elderly patient. According to the police captain, the South Haven nursing home remains cooperative during the investigating procedure.

Abuse against the elderly in nursing facilities occurs in many forms, which are not always evident by noticeable signs. Common forms of nursing home abuse cases involve:

While it is often challenging to take legal action against abusers of the elderly, usually filing a claim or lawsuit is the quickest solution to stop the mistreatment and prevent other residents at the home from becoming victims. If the individual appears in immediate danger, it is essential to remove them from the facility as quickly as possible.

Read more about laws and rights applicable to nursing home and hospital patients in Alabama by visiting our page here.