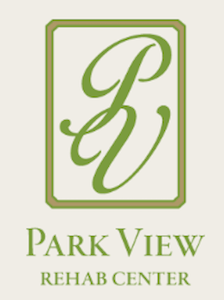 Many families entrust the management of health services and hygiene assistance of a loved one to a nursing home staff to ensure they receive the best care. Unfortunately, neglect, mistreatment, and abuse still occur at an alarming rate and nursing homes nationwide. Mistreatment is often the result of a lack of sufficient staffing, facility mismanagement, or poor hiring practices that employ abusive caregivers.

If you suspect that your loved one has been mistreated while residing in a Cook County nursing home, contact the Illinois Nursing Home Law Center attorneys for immediate legal intervention. Our team of Chicago nursing home lawyers has represented many nursing home residents who were harmed just like you. Let us begin working on your case now to ensure that your family receives adequate financial compensation to recover your monetary damages. Our attorneys will use the law to hold those responsible for the harm legally accountable.

This long-term care (LTC) home is a "for profit" 128-certified bed center providing cares and services to residents of Chicago and Cook County, Illinois. The Medicare/Medicaid-participating facility is located at:

Both the state of Illinois and federal agencies penalize nursing homes by denying reimbursement payments from Medicare or imposing monetary fines anytime the facility is cited for a serious violation of established regulations that harm or could harm residents.

Within the last three years, Park View Rehab Center has received fourteen formally filed complaints that resulted in citations due to substandard care. Additional documentation about penalties and fines can be reviewed on the Illinois Department of Public Health Nursing Home Reporting Website concerning this nursing facility.

Information on every intermediate and long-term care home in the state can be reviewed on government-owned and operated database sites including the Illinois Department of Public Health and Medicare.gov. These regulatory agencies routinely update the comprehensive list of incident inquiries, dangerous hazards, filed complaints, health violations, safety concerns, and opened investigations on facilities statewide.

The investigators say that “these deficient practices affected one resident of two residents reviewed for pressure ulcers.” During the investigation, the Wound Care Nurse said that the resident’s “wound is facility-acquired.”

The document also lists predisposing factors of the resident’s condition including “urinary incontinence, immobility and that [the resident] is totally dependent on turning/repositioning.” The Preventative Measures/Modifications included “pressure reduction mattress and reposition every two hours and as needed.”

The survey team observed the resident “lying in bed with a mattress deflated around him” on the morning of September 11, 2017. The following morning “during the medication pass with [a Licensed Practical Nurse (LPN), the resident] was lying in bed with the mattress deflated around him.” The surveyors asked the LPN “what was wrong with the mattress.” The LPN responded, “I know. Air losing. Needs to pump it up more. He’s sinking in the bed. I will have to call maintenance. There is a hole noted at the foot of the mattress.”

The surveyor “held her right hand over the hole and noted air is leaking from the hole.” The surveyor saw the same mattress the following morning on September 13, 2017, that “was still leaking air.”

Approximately twenty-five minutes later, a Certified Nursing Assistant (CNA) “confirmed that [the resident] had not been repositioned by stating, ‘I have not had to repositioned [the patient] or change him since he has been in the day room.’” The CNA said that the resident “is here because he has a feeder. We will get him back to bed after lunch.” The surveyor noted that the resident “was not returned to his room or repositioned until 1:00 PM.”

The survey team interviewed the Customer Service Representative the next day on September 14, 2017, who said, “a low air loss mattress is being used for wounds on the bottom (buttocks), it relieves pressure. If there is a hole in the mattress, it will affect the functionality of the mattress. [A hole] defeats the purpose. Not keeping air in there, it can affect the wound — decrease air circulation. We do not recommend a sheet. Again, it will affect the air circulation.”

In a summary statement of deficiencies dated September 14, 2017, the state investigators documented that the facility had failed to “provide a safe environment related to improper storage of a bleach cleaning agent.” The deficient practice by the nursing staff involved two residents “reviewed for accidents and supervision” and another two residents “in the supplemental sample.”

The state survey team conducted an initial tour of the facility with a Licensed Practical Nurse (LPN) on the morning of September 11, 2017, and found “an open container of 21 ounces of powdered bleach cleanser” that had been “placed on the grab bar inside [the bathroom shared by four residents. The LPN “was asked about the cleanser” and said, “it must be from housekeeping. It should not be kept here.”

Just before noon on September 13, 2017, a different LPN was interviewed regarding the residents who share a bathroom where the chemical bleach cleaning agent was found. The LPN said that all four residents “are ambulatory and can go to the bathroom independently. [One resident] uses a wheelchair and needs assistance. [Two other residents] have a history of suicidal ideation [though they] are not suicidal.”

The LPN also said “we monitor rooms every hour, check the room including bathrooms for any hazards that could harm themselves. We monitor their behavior and report any changes. Sharp objects, chemicals, detergents need to be removed from the room or bathroom. All staff in the unit are responsible [for checking] the rooms.”

In a summary statement of deficiencies dated September 14, 2017, a surveyor noted the nursing home's failure to “ensure that the staff performs hand hygiene according to the facility policy during the medication pass task.” the nursing home “also failed to ensure it that contract staff performs hand hygiene [before] performing invasive procedures.”

The nursing facility also “failed to ensure that resident care items were stored in a sanitary manner. These deficient practices affected one of fourteen residents reviewed for infection control and five residents in the supplemental sample.”

The state surveyors observed a Licensed Practical Nurse (LPN) performing a medication pass task while preparing a resident’s “medications that were given via gastronomy tube.” The LPN entered the patient’s “room and stated, ‘I just have to wash my hands really quickly.’ The LPN “washed her hands for a total of three seconds before applying gloves and handling [the resident’s gastronomy tube].”

The survey team conducted an environmental tour with the facility Maintenance Supervisor and found “that handrails situated across the dining area and adjacent to the water fountain were loosely detached from the wall. The handrail outside Room 113 was also loose. Between residents’ closet number 4 and outside Room 109, the handrail is loose.”

The Maintenance Director said regarding the handrails that “the residents do their exercises using these handrails, that is why they are loose and wobbly. I usually fix the loose handrails every week, on a Monday, and every day.” The surveyor said that “there was no policy presented by the facility addressing handrails.”

The surveyor noted that a resident “at the nursing station was asking for her morning medications” at 10:30 AM on June 19, 2018. The resident “stated, ‘I am waiting for my nine o’clock medications. This happens a lot depending on who is the nurse.’” The surveyor said that the resident is “alert and oriented to self, date, and place.”

As a part of the investigation, the surveyors interviewed in Licensed Practical Nurse (LPN) who said “I have not given all the resident their morning medications yet, I am the Restorative Nurse, I do not normally pass medications, the regular nurse is not here today. The morning medications are supposed to be given at 9:00 AM.”

The investigators interviewed the Facility Director of Nursing the next day who said “morning medication should be given at 9:00 AM, but we are allowed to give medications one hour before or after 9:00 AM. By reviewing this resident’s medication orders, all her morning medications are important and should have been given an hour before or after 9:00 AM.” The investigators reviewed the facility’s policy titled: Medication Administration that reads in part: “Medication Times: Starting 7:00 AM shift, daily 9:00 AM.”

Are You the Victim of Abuse and Neglect at Park View Rehab Center? We Can Help

Was your loved one injured or harmed while living at Park View Rehab Center? If so, contact the Illinois nursing home abuse and neglect attorneys at Nursing Home Law Center at (800) 926-7565 today. Our network of attorneys fights aggressively on behalf of Cook County victims of mistreatment living in long-term facilities including nursing homes in Chicago. Contact us now to schedule a free case review to discuss how to obtain justice and resolve a financial compensation claim.

Allow our seasoned nursing home abuse injury attorneys to file your claim for compensation against every party responsible for causing harm to your loved one. Our years of experience can ensure a successful financial resolution to make sure your family receives the financial recompense they deserve. We accept every case concerning wrongful death, nursing home abuse, and personal injury through a contingency fee arrangement. This agreement postpones the need to pay for legal services until after we have resolved your case through a negotiated out of court settlement or jury trial award.

Our network of attorneys offers every client a “No Win/No-Fee” Guarantee, meaning if we are unable to resolve your case successfully, you owe our legal team nothing. We can provide legal representation starting today to ensure your family is adequately compensated for your damages. All information you share with our law offices will remain confidential.