A resident of Peoria went into St. Anthony’s Medical Center in Rockford for surgery to repair bilateral fractures in the spring of 2003. A year later, he died from complications due to pressure sores after losing the lower part of his left leg as part of the effort to keep him alive. When most people discuss the topic of bedsores, they assume that bedsores only occur in elderly patients with diminishing health. Patients that are young and healthy can develop the sores too, however, and if they go untreated, they can contribute to a painful death. 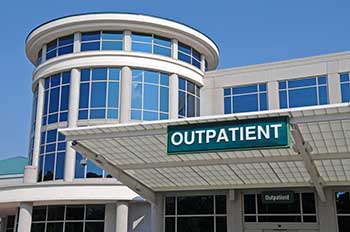 When a patient is confined to a single position, such as in a hospital bed, the weight of the body on points throughout the body may cut off circulation to the surrounding area, depriving skin and muscle tissue the nutrients and oxygen needed to function. After some time, the cells begin to die and a condition known as necrosis develops, which is defined as the death of living tissue. Bedsores initially develop as a discolored and painful welt on the affected area, which can be treated by moving the patient at regular intervals so that blood and oxygen can reach the area. If the sore goes untreated, however, it can become an open wound, which is highly prone to infections by powerful bacteria.

After Everett Johnson’s surgery, he developed sores and was transferred to the Rosewood Care Center 10 days after the operation for treatment of pressure ulcers. In the lawsuit filed after Johnson’s death, his wife argued that doctors didn’t properly evaluate his sores or document their size and the complications that followed from their development. She also argued that the facility did not react quickly and failed to provide proper treatment for Everett’s pain or the sores.

Mr. Johnson eventually developed gangrene in his left leg and the only course of action that doctors had was to remove the lower portion of the leg. At the same time, sores began to fester on his right foot and sepsis, a widespread infection, began to present further complications. His sores had gotten so bad that they would have requires skin grafts if he ever hoped to recover from them. After an entire year of complications and pain, Everett Johnson passed away— presumably from the advanced infections that he was fighting.

What was supposed to be a routine surgery to repair bilateral fractures became a nightmare for the Johnson family, who watched Everett die a slow and painful death due to bedsores that could have been prevented. Mrs. Johnson argued that doctors never addressed the issue beforehand and the sores could have been prevented if there was a plan in place to prevent the development of pressure ulcers in Everett’s post-op recovery. The lack of a plan to prevent the sores combined with the poor care that Everett received resulted in a $120,000 settlement out of court between the healthcare system and Johnson’s family.

Pressure sores are not a problem that is limited to the elderly and more attention needs to be given to patients who are forced to remain still for long periods of time. By simply moving a patient every two hours, bedsores can be prevented from developing and in their early stages they are easily treatable. Understaffing and the lack of education among caregivers are the primary reasons that patients develop bedsores and if hospitals, care centers and nursing homes were to focus on maintaining an adequate number of staff members and educating them on how to prevent bedsores, the issue would not be as prevalent as it is today.