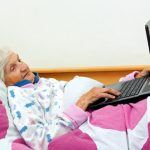 Bed sores are also called pressure sores or decubitus ulcers. Many people confuse them with a more common issue like blisters. However, they are much more serious and if left untreated can be life-threatening.

Generally, they come about when nursing home residents sit in one position for too long and the pressure tears the skin open but they can also arise from friction and other circumstances.

At first, just the top layer of the skin is in danger but eventually the muscles and bones and other parts of body that surround the site will be affected as well. Below are some nursing home lawsuits in Ohio that involve bed sores.

The resident who brought this cause of action was a retired veteran. He had sustained multiple serious injuries prior to his admittance to the nursing home in question. Therefore, his doctors and the facility staff assigned to his care were particularly worried about a set of problems including falls and bed sores.

They identified the specific risks and constructed a plan of attack to make sure that he did not get them. Unfortunately, they were not successful in that approach.

He fell down on more than one occasion and developed bed sores across his body (referred to at various times as pressure sores in court documents). These events did not come without consequence. He was in a lot of pain, racked up sizeable medical bills, and faced disability and disfigurement.

Plus, he needed ongoing rehabilitation consultations with his physical therapist in order to alleviate the stress and trauma that accrued from the accidents.

To recover for these losses, he sued the nursing home and pointed to its failure to live up to its mission statement as proof of negligence. The defendant facility denied that it was responsible for this rapid decline but did offer to meet the plaintiff halfway in settlement talks.

He recovered the amount listed above for his economic damages as well as his pain and suffering.

This case had a lot more to do with bed sore complications than it did with actual bed sores. The woman involved had bed sores before the specific events transpired that led to the lawsuit.

Nursing home staff were attempting to reduce their effects through a variety of procedures and treatments. However, they were not successful and some of them progressed to stage four and eventually an infection set into the area.

Once emergency doctors came in to handle the situation, they were able to fix a lot of the problems. However, they soon realized that her condition would have been better had nursing home staff been consistent in their treatment.

The woman passed away just a few months after this discovery and her lawyers believed that the nursing home was at least partially responsible. They brought an action on behalf of the state for damages related to wrongful death.

They argued that had the defendant acted properly the woman would have had a better chance at survival, lived a less painful live, and incurred less costs and expenses. The defendant quickly moved to end the matter after preliminary motion arguments.

The plaintiff received $375,000 for the following damages:

The resident in this action brought a lawsuit after her pressure sores developed to a critical state and she needed to be transferred to a center for advanced care.

The physicians there were able to successfully corral the situation but she still underwent a lot of pain and scarring from the events. Therefore, her suit sought damages for these things because she felt they were the result of the nursing home’s neglect and misconduct.

The two sides worked out a private settlement avoiding the need for trial and compensating her for the following losses:

This controversy involved a plaintiff that was generally young by nursing home lawsuit standards-in her early fifties. She had been living in the institution for a number of years because of mental difficulties, some of which existed since her birth.

Prior to the immediate circumstances of this dispute, she had been injured in an accident and that left her unable to walk adequately without the assistance of a walker or wheelchair. Consequently, she spent long periods of her time at the new nursing home in her bed or chair.

This normally warrants heightened scrutiny from the care facility to ensure that residents don’t develop problems like bed sores. Unfortunately, she actually contracted them around her legs and lower back.

They needed advanced surgical care in order to minimize the problem but doctors suggested that the issue would remain serious and ongoing for the indefinite future.

After consultations with her lawyer, she sued the nursing home for negligence and sought compensation for the following damages:

This cause of action was brought on behalf of a deceased woman. She battled bed sores but eventually they got the better of her and took her life.

After the shock and loss of her passing, investigators for the woman’s estate soon realized that her condition quickly deteriorated on the nursing home’s watch. Her sores went from an initial stage to a critical stage and then became infected.

At this point, the disease had crippled her immune system and strangled any ability she had to survive and move on from them. Her counsel sought compensation for this development because in their opinion it owed in large part to the failures of the nursing home itself.

The nursing home denied these allegations and returned volley with the contention that the woman’s prior health considerations and old age were to blame. However, the merits of these two sides were not meted out in a court of law because they settled.

Here are some facts that could have predicted their settlement:

A lot of people look through the case law in Ohio regarding nursing home lawsuits but fail to grasp its major points especially related to bed sore suits. Here are some important takeaways to ensure that that does not happen to you:

Did Your Loved One get Bed Sores in an Ohio Nursing Home?

If you developed bed sores or your bed sores worsened while living at an Ohio nursing home, then you need to contact us. Our team at Nursing Home Law News had handled complex nursing home litigation and can quickly review the facts of your incident to determine if you have a case.

But you need to call us first so that we can explain to you what type of recovery awaits you. Also, how we can help you obtain it at no upfront cost! We look forward to hearing from you!