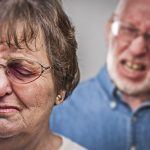 Abuse in Ohio nursing homes is not a new problem but it is a growing one both in terms of the size and the type of the issue. Most of the nursing home abuse lawsuits we work on involve battery, assault, but we constantly see new forms of exploitation.

In order to help you determine if you have been involved in a similar situation- or if one of your loved ones has been-we have summarized some nursing home lawsuits below and they include many different kinds of abuse. Peruse them at your leisure and then contact the nursing home abuse attorneys from our offices to determine if you can recover for your incident.

This case is instructive for recoveries of plaintiffs that have significant pre-existing injuries or conditions. It highlights how they can still succeed despite significant legal hurdles and defendants’ objections.

In this instance, the plaintiff was a sixty-year-old woman that had diabetes, heart disease, and other serious health concerns. Obviously, she was in consultation with her doctors about these topics as well as other general concerns.

When she was admitted to the nursing home at the center of this debate, they gave the facility staff and management clear guidelines on her care and treatment. Yet, this was either lost in translation or beyond their capacity and capabilities because she never got the proper care that she needed.

All of the conditions that she had worsened and she developed other ones as well. She needed to go back under the care of her doctors immediately and required emergency procedures and rehabilitation. The entire ordeal left her worse off than she was before entering the nursing home.

In order to recover for the injustice, expense, and injury of these events, she sued the nursing home for damages in a court of law and sought compensation for her past and future suffering, costs, and related losses.

The defendant sought to undermine these arguments in pre-trial motion and was obstinate before trial commenced but middle of the way into the case it came to its senses.

It settled with the woman and moved on from the litigation.

This case emerged after the man’s counsel discovered he had not been receiving his medications sufficiently and had been significantly malnourished and dehydrated on a consistent basis.

They sued the nursing home for negligence and wrongful death shortly after his passing. They argued that were it not for the home’s negligent care he would have lived longer and would have lived a healthier life.

The nursing home disagreed with this logic and instead offered that it did all it could do, all it should do, but he died despite those facts.

The real key here though was that the plaintiffs could identify and explain key errors in service and supervision. Then, they were free to claim these errors had whatever consequence they could relatively imagine and the defendant did not want to give them the chance to paint that picture in court.

Here are some reasons why that amount might have fell below other wrongful death recoveries:

This abuse lawsuit was more of a physical nature. The dispute arose between a nursing home resident and a third-party worker that was onsite for some unspecified reason. After harsh words were exchanged, the worker shoved the resident and the latter fell and injured himself.

The injuries he suffered in the altercation were serious enough where he needed to be taken to an emergency room and looked at by a doctor. Indeed, he fractured his knee and sustained other physical substantial harms. Additionally, the incident also left him mentally traumatized.

Not long after he got out of the medical center he brought a case against the man who attacked him in addition to the nursing home where the events occurred. With respect to his claims against the nursing home, he claimed that it failed to provide him with a safe environment.

The defendant replied that it was the aggressor’s actions that caused his injuries. Yet, pressed with the upcoming trial, it adopted a more conciliatory tone and both sides were able to work out an agreement.

The plaintiff in this matter was attacked in her room. She was peaceably going about her day when an employee struck her down and assaulted her. Other workers found her nearly an hour later and were able to help her up and call an ambulance for help.

However, she was badly injured. She experienced a concussion as well as other physical injuries such as a fractured rib. When she finally recovered, she brought a suit against the man that attacked her and the nursing home.

The claim against the aggressor proceeded accordingly and as expected but the claim against the home had some wrinkles. The nursing home offered the theory that another company was responsible because it staffed the man that created the altercation.

However, the plaintiff was successful in showing that the defendant facility had ultimate control over training and supervising him. Once this was made apparent, the defendant realized its dim chances and arranged for a settlement.

The plaintiff recovered from both the man and the facility for a combined $600,000.

This controversial suit involved the victimization of a very old nursing home resident. She was ninety-two at the time of the events. On separate occasions, a nursing home employee assaulted and sexually abused her.

Shortly after the last incident, she had a heart attack and passed away the next day. Her family and the representatives managing her estate decided to sue the nursing home for negligence and wrongful death.

Though it was the staffer who made the assault, they claimed the facility was responsible for her wrongful death because it negligently screened, trained, and supervised him. In fact, the man had a prior history of similar misconduct.

Once this point rose to the surface, the nursing home lost all pretense of fighting the matter in court. The woman received a sizeable sum which was surprising because of the following points:

Here are some important points to keep track of when reviewing the circumstances of your nursing home abuse incident:

Was Your Loved One Abused in an Ohio Nursing Home?

Attorneys at Nursing Home Law News work with abused victims of nursing home violence and mistreatment. If you were injured while living in a care facility, then give us a call. We can explain to you how the laws of Ohio afford you relief and how we can help you get that relief at no upfront charge. Plus, there will be no team more dedicate to your case than us!