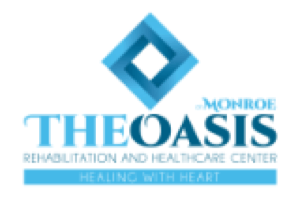 Do you suspect that your loved one is being neglected or abused while living in a Monroe County nursing facility? Had they developed facility-acquired bedsores or suffered injuries from a fall?

The Michigan Nursing Home Law Center attorneys represent victims of nursing home mistreatment and can help your family too. Contact us now so we can begin working on your case to ensure you receive monetary compensation for your damages.

The Oasis at Monroe Rehabilitation and Nursing Center

This long-term care center is a 131-certified bed "for profit" home providing services to residents of Monroe and Monroe County, Michigan. The Medicare and Medicaid-participating facility is located at:

Michigan and federal agencies are duty-bound to monitor every nursing home and levy monetary fines or deny payments through Medicare when investigators identify serious violations of nursing home regulations and rules. In some cases, the nursing home receives multiple penalties if surveyors find severe violations that harmed or could have harmed a resident.

Over the last thirty-six months, The Oasis at Monroe Rehabilitation and Nursing Center received twenty-six formally filed complaints and self-reported to significant issues that all resulted in citations. Additional documentation about fines and penalties can be found on the Michigan Licensing and Regulatory Affairs Nursing Home Reporting Website.

Our attorneys obtain and review data on every Michigan long-term care home from various online publically available sources including the MI Department of Public Health website and Medicare.gov.

The facility “failed to prevent the use of physical restraint for staff convenience [involving one resident].” The deficient practice resulted in “mental or physical distress.”

Surveyors observed the resident “sitting in a wheelchair at the nursing station being closely supervised by staff. The staff person providing the supervision was queried about the reason why the resident requires one on one supervision.”

The staff member replied “for behaviors. He keeps trying to get out of the wheelchair, and he can become physically aggressive. The staff person was also queried if the resident requires one on one supervision on all three shifts.” The staff person indicated that “usually on the day shift, the afternoon shift, not on the midnight shift.”

The Unusual Occurrence Incident Report documented that the resident “was calling out” when the surveyor and another nurse went to the resident’s room and found the resident in bed with the foot of the bed up, pillows and blanket stuffed under the sheet to create a barrier.” The surveyor and the nurse “remove all obstacles from the resident’s bed (pillows, blankets, bedside table, and wheelchair, lowered the foot of the bed, transferred to the wheelchair, and removed a sweatshirt to help cooled him down.”

The report concluded that “the Certified Nursing Assistant (CNA) providing one-to-one supervision was from a staffing agency. The CNA was asked not to return to the facility.”

According to investigators, “the facility failed to notify family member/Power of Attorney of a resident-to-resident incident [involving a resident reviewed for falls, incidents in accidents].” The deficient practice by the nursing staff resulted “in the potential for the resident’s needs to be unmet and the family to make an informed health care decision for the resident.”

The incident involved a severely, cognitively impaired resident who requires extensive assistance with most activities of daily living. A review of the resident’s Nurse’s Notes revealed that the resident “had an incident that involved having a fall that resulted in injury to the head and hospitalization.” The nurses note also indicated that the nursing staff had attempted to reach the resident son who is the Power of Attorney but “the phone was disconnected.”

Documentation shows that the resident was returned to the facility from the hospital when the son was contacted. The son voiced concern “about not being called when the resident went out.” Facility records also revealed indicating that the resident “was physically restrained by staff for attempting to get out of bed. On the report, there was a section label Family Notification. No was marked for family notification.”

The investigators queried the Nursing Home Administrator and Director of Nursing “about the family not be notified on two occasions that the incident occurred.” The Administrator replied that “the family should have been notified.”

Need to Hold The Oasis at Monroe Rehab and Nursing Center Accountable for Neglect? We Can Help

Has your loved one been being mistreated or neglected while living at The Oasis at Monroe Rehab and Nursing Center? Contact the Michigan nursing home abuse lawyers at Nursing Home Law Center at (800) 926-7565 for immediate legal intervention. We represent Monroe victims of abuse and neglect in all areas including Monroe.