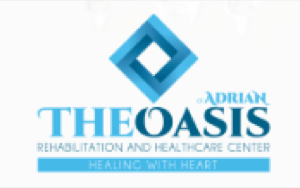 If your loved one was mistreated or died unexpectedly while residing in a Lenawee County nursing facility, we can help. Let us build your case to ensure a successful settlement or jury trial. It is what we do best.

The Oasis at Adrian Rehabilitation and Nursing Center

This facility is a "for profit" 120-certified bed long term care center providing cares and services to residents of Adrian and Lenawee County, Michigan. The Medicare and Medicaid-participating home is located at:

Michigan and federal government agencies have the legal responsibility of monitoring every nursing home and imposing monetary fines or denying reimbursement payments through Medicare if investigators identify serious violations and deficiencies.

The nursing home also received eighteen formally filed complaints and self-reported eleven significant issues that all resulted in citations. Additional information about penalties and fines can be on the Michigan Licensing and Regulatory Affairs Nursing Home Reporting Website.

According to state surveyors, the facility “failed to timely notify the Physician of changes in blood pressure, confusion, vaginal drainage, refusals to ambulate, changes in urine, and delayed urinalysis completion for [a resident].” The deficient practice resulted “in Amber/cloudy colored urine, hypotensive/hypertensive episodes, urinary tract infection with positive urine cultures.”

A review of the resident’s Progress Notes documented numerous changes in medical condition including generalized weakness, not feeling well, weakness with mobility, loose stools, refusing to get out of bed, refusing restorative ambulation, and a noted green discharge.”

Notations showed that the resident had “high heart rate, fever, shipping, or feeling very cold, confusion, disorientation, extreme pain or discomfort, and clammy or sweaty skin.” The resident was transferred to the local hospital via Emergency Medical Services (EMS) after being found lying on the floor at the nursing home. EMS began chest compressions before transportation to the hospital. The cause of death was determined “chronic urinary tract infection associated with adjacent abscess and localized peritonitis.”

The nursing home “failed to prevent [one resident] from involuntary seclusion resulting in psychosocial harm and resulting in [the resident] being fearful and potentially having psychosocial effects.” The incident involved a resident who displays “signs and symptoms of mood distress such as anxiety, restlessness, hallucinations, rejection of care and agitation.”

Documentation shows that a CNA stated that she did not know where the resident was who was found “screaming in a room.” A Licensed Practical Nurse (LPN) asked the CNA why “she put him back there.” The resident stated that he “did not know why he was put back there, was confused about his whereabouts asking how she got the key and thought he was locked in.”

Documentation shows that the resident “was sitting in his Broda chair, with the TV on, and no call light within reach.” The CNA said that “the room door was shut, and she had to unlatch it to open it.”

Want More Information About The Oasis at Adrian Rehabilitation and Nursing Center? Our Lawyers Can Help

Were you the victim of mistreatment, neglect or abuse while living at The Oasis at Adrian Rehabilitation and Nursing Center? Contact the Michigan nursing home abuse lawyers at Nursing Home Law Center at (800) 926-7565 for immediate legal intervention. We represent Lenawee victims of abuse and neglect in all areas including Adrian.