Nursing Home with History of Patients with Bedsores Fined $350K 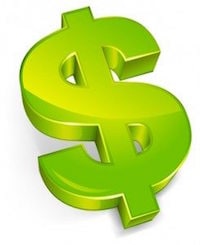 Bedsores, also known as pressure sores, are a common ailment of nursing home patients. When diagnosed with bedsores, it is better to treat a nursing home patient adequately so that they can recover quickly. Many nursing homes have been fined for their gross neglect of their patients’ bed sore issues.

An Erlanger, Kentucky nursing home in the US was fined 350K for the death of a patient that was determined to have been caused by bed sore infections. Another nursing home in San Antonio, Texas was accused of neglect of a patient in 2010, who developed bedsores and subsequently died. There have been many cases where families of elderly patients have sued nursing homes for inadequate care, and have in return, been paid settlements for damages.

Bed Sores in the Elderly

Bed sores are pressurized sores that are formed underneath the skin, usually on top of areas of bone, such as elbows, heals, and buttocks. The soft tissue has been pressed against the bone for so long, blood flow decreases, and ulcers are formed. They are generally found in people who do not move around a lot, or due to immobility. Nursing home patients usually fit into this category as they have been admitted for serious health issues that prevent them from taking care of themselves. The nursing home staff is responsible for the treatment and care of these patients.

Bed sores are easy to diagnose, and an experienced nursing home staff member will be able to notice the signs and effects right away. The problem is that ailment can easily go unnoticed for a long time. Often the patients are neglected, and proper treatment is provided until the sores become quite seriously infected. A simple technique that can be used with bed sore patients is to move them around occasionally, to take pressure off the areas of the sores and allow them to heal.

It is usually some time before nursing homes that have been negligent towards the patient are brought to justice. The patients themselves are often in no condition to file complaints, and family members are the ones who will have to file a lawsuit against the nursing home and bring the matter to light.

Neglect can Cause Serious Side Effects

The main reason that nursing homes become negligent is poor management or lack of staff. When there is no one around to help the patients with their needs, they are neglected and a small issue, if left untreated, can become life threatening. Bedsores may seem as a common ailment, especially in the elderly, but this does not mean that they are not painful or that the patients can be treated later. Bedsores evolve quite quickly, and tend to get infected easily.

Patients with bedsores suffer immense pain. Nursing homes and facilities who are deemed responsible for putting their patients through pain and suffering must be brought to justice. As with anyone who has inflicted bodily harm on an individual, these facilities must be punished in some way to ensure that the same thing does not happen again with other individuals.