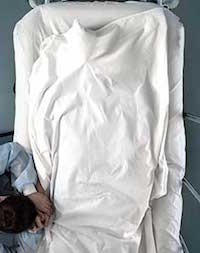 The elderly are most commonly the victims of neglect and abandonment. When a family admits an elderly loved one in a nursing home, they do so with the hopes that the staff will be able to care for their loved one in a way that they are unable to do. They hope that the staff will take care of their mother, their father, their grandparents, the way they wish they could, but due to lifestyles, cannot.

Unfortunately, depending on the type of nursing home, staff is not always as efficient and caring as they should be with their invalid patients. Many patients require around the clock care, and sometimes this is not possible at nursing homes. Due to a lack of staff, poor training, or a corrupt system, patients are neglected and looked after with minimal care.

The patients are unable to fight for their own rights, usually because an ailment or disease prevents them from being able to freely move around or they are too weak to express their indignation at being treated badly. Family members may not visit that often, and when they do, are not always aware of what is going on, trusting the staff members to advise them of any issues.

When the family members finally do realize that something is wrong, or when the case worsens to such a degree that the staff is forced to take action, that is when the patient finally begins to get the attention they deserve. Many times this attention is much too late, and devastating effects have already taken place.

Lawsuits have been filed against many nursing homes in the US who have failed to properly care for their elderly patients. The families of the elderly are usually paid for the damages incurred in settlements.

In a nursing home in Arkansas, an elderly woman who had been a patient at the nursing home for three years, died due to a number of causes, however, the root cause was the inadequate care and neglect of his health issues. The nursing home had been rated below average by health inspectors, and was fined over $4,000 for the issues the inspection brought up.

In 2010, a Philadelphia nursing home paid $450 000 in damages incurred to a patient with bed sores. The patient was then moved to another nursing care facility where the bed sores were properly taken care of and began to heal.

In 2011, another case settlement involved a patient who had suffered serious damages caused by bed sores, which were due to the hospitals and nursing home’s lack of care and neglect. The man was awarded over US$ 5 million dollars in total. The patient’s life had been altered completely, and due to the effects of the bed sores, had to be confined to a wheelchair.

If you or a loved one has suffered from bed sores and further complications arising from the bed sores due to hospital or nursing home neglect and mismanagement, taking legal action is advisable. This will not only benefit you or your loved one, but will also ensure that the facility is further investigated and monitored to ensure that the same problem does not happen again with another elderly patient.