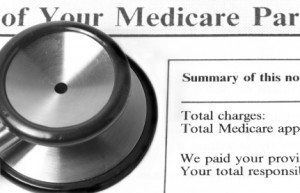 As nursing home lawyer in Chicago who regularly represent individuals and families in lawsuits against skilled nursing facilities, I am reminded on a daily basis about the ongoing problems facing patients at these facilities. Pressure sores remain not just an inconvenience, but a serious health concern for patients in nursing homes across the country.

A Montana nursing home is under intense federal scrutiny after an inspection found that it provided substandard care, the Billings Gazette reports.

The December 2010 report, conducted by the state Public Health Department, found that the Cedar Wood Villa in Red Lodge had numerous deficiencies, including:

“I don’t think [the survey] gives you a clear picture or a good description of the facility”, said Jerry Smyle, vice-president of Lantis Enterprises, which owns Cedar Wood Villa. “It’s so subjective, in my opinion. If you look long enough, or stay long enough, you’ll find something to cite”.

According to the Gazette, Smyle claimed that patients often didn’t cooperate with staff.

“In spite of what the staff might do for the residents, they still will have problems”, Smyle said. “Some patients might refuse to turn from one side to the other, which would result in bed sores. And some will refuse to eat or drink, which can lead to weight loss and dehydration”.

Though Smyle acknowledged that all three behaviors are serious, he emphasized that Cedar Wood Villa wasn’t ultimately responsible for patients’ choices.

The Health and Human Services report was part of a federal improvement program called the Centers for Medicare and Medicaid Services Special Focus Facility Initiative. The Centers for Medicare and Medicaid Services (CMS) selects nursing homes to inspect based on reports from state agencies. Of 16,100 nursing homes across the country, the Facility Initiative program inspects about 50 annually. Cedar Wood Villa was the only Montana nursing home, out of 84, red-flagged for further inspection.

According to CMS Public Affairs Officer Mike Fierberg, more nursing homes should be candidates for the Facility Initiative program. Limited federal funding, however, restricts how many participate.