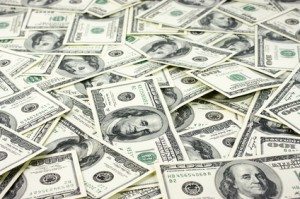 Nursing homes are receiving greater scrutiny as their patients develop injuries under their watch. Three homes in Connecticut are facing fines by the state Department of Public Health for their patient mismanagement. In the first case, the DPH levied a $1,300 fine on Touchpoints at Farmington for its poor care of a dementia resident.

This person became agitated, struck another resident, and kicked a wall, table, and bed for a significant amount of time after being put back in bed by nurses’ aides. Unfortunately, the supervising nurse did not know that the patient had become agitated and struck another resident until several months later when the aides were interview about the altercation. Furthermore, state records illustrate that the patient care plan called for intervention following bad conduct but that was not followed.

In another instance of patient neglect and mismanagement, the Apple Rehab Coccomo in Meriden was given a $1,160 fine by the DPH for its lack of care of two individuals. One entered Apple Rehab with a guard or sprint following a transfer from the short-term rehab facilities. After the transfer, employees could not say what happened to the splint; however, once there, the staff did not check the skin, address the hand’s range of motion, or its general condition. Subsequently, this resident developed a pressure sore in the affected area. Another patient at this facility suffered a severe head cut after falling in a shower while being left alone by Apple’s staff. Yet, the patient had already experienced a number of falls before this incident. Apple Rehab states that it is educating its staff to report prior incidents and circumstances for entering residents and training them to handle gait belts for moving patients in response to both of these incidents.

Finally, the Bishop Wicke Health and Rehabilitation Center, located in Shelton, was fined $1,020 by the DPH after one of its patients experienced a deep tissue injury on the heel. Apparently, the resident entered the facility after undergoing surgery for a broken hip. The staff was unable to conjecture as to how the heel injury occurred, but state officials could say that there was no documentation of any monitoring of the subject area. State records also display no proper “offloading” of the resident: the procedures for taking out and putting in a patient to bed. The administrator of Bishop Wicke reaffirmed its commitment to the guidance of DPH and revisiting its employee training policies, but could give any other explanation as to the cause of this event.

These stories highlight a larger theme of elder abuse, especially in nursing homes (see here for more discussion of elder abuse). The National Center on Elder Abuse has found that elders are commonly abused in these community settings, which is especially concerning because over 3 million Americans live in them (as of 2008). Further, U.S. General Accountability Office raise weaknesses in state studies on that matter. Specifically, it found that state reports miss general deficiencies 70% of the time and actual harms or immediate possibility for harm 15% of the time. With millions of Americans facing or suffering nursing home neglect or negligence, it is obvious why many turn to the legal system to redress their injuries.