A study done by the North Texas Health Care System has revealed that patients have had a bleak outlook whenever they have developed stage four pressure sores. The data suggests that preventing bedsores from developing into stage three or four sores may be more practical than treating the sores after they have developed. Nursing homes that neglect patients until they show the presence of advanced stage sores may be giving their patients a death sentence. While the actual pressure ulcers were not the cause of death in any of the patients studied, they contributed by introducing deadly infections to the patients’ bodies.

The High Mortality Rate Among Those with Stage Four Sores 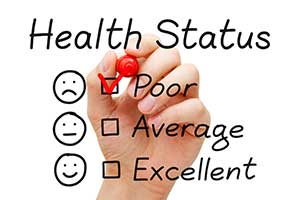 Of those who developed stage four bedsores, almost 69% died inside of a period of 180 days. The average length of time between the development of stage four pressure sores and death was merely 47 days. None of those who died with the sores recovered from them and while the sores were never the cause of death, infections and sepsis that occurred as a result of the sores often was.

To be fair, many of the patients who were studied were already suffering from potentially life ending conditions, but the study showed that none of the patients who developed pressure ulcers reached their life expectancy if they were already diagnosed with a terminal illness. The data suggested that the bedsores exacerbated the existing conditions and brought on death earlier than anticipated. Patients who were not already diagnosed with terminal illnesses died as well from complications such as infections and sepsis.

Bedsores are extremely painful, even in the early stages when cells are just beginning to die and the sore has not yet reached deep muscle tissue. As the wound progresses, it becomes an open sore which can easily become infected. The infection itself causes extreme amounts of pain and it is not comfortable to have the pressure of one’s body coming down on a gaping wound. Dying of complications that arise from pressure ulcers is not a dignified way to leave the world and our loved ones deserve much better.

The prevention of all bedsores begins with educating families and staff members on the causes and risk factors that may contribute to their development. Caregivers must recognize whether a patient is at risk and treat him or her accordingly if so. Bedsores can be prevented by turning a patient every two hours in order to restore circulation to areas that have pressure applied to them when the patient stays in one position.

Pressure sores really should not be a problem in nursing homes across the country because of how preventable they are. When they are allowed to develop and fester, patients must suffer during their final days as they fight infections, gangrene and sepsis. The prognosis for those with severe sores is extremely bleak, yet more is not being done in order to solve the problem through prevention. Until the issue is addressed properly by requiring nursing facilities to employ larger staffs and provide more extensive training, the problem will continue to exist.