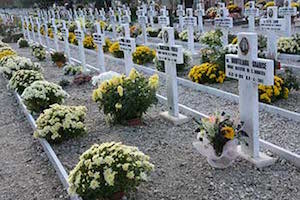 A nursing home in Sheffield, England has admitted it was at fault in the death of a 78-year-old female patient, according to a BBC report.

Doreen Betts, who died in May, 2009, contracted sepsis after developing severe pressure sores on her feet. Sepsis is a serious blood infection that has a mortality rate of more than 50 percent. Betts was a patient at the Kersal Mount Nursing Home in Sheffield, recently renamed the Laurels and The Limes Care Home.

“Mrs. Betts was clearly a victim of neglect”, said Sarah Rowland, a medical law specialist at British law firm Irwin Mitchell. “Any level of neglect is unacceptable, but what Mrs. Betts went through was particularly horrific. Had the nursing home acted with the proper level of care and attention, Mrs. Betts would not have died in such a painful manner”.

Three months before her death, Betts’ GP (general practitioner) had recommended that Kersal Mount refer her to a bed sores specialist. The request was ignored, according to the BBC. At Betts’ inquest, consulting pathologist Nicholas Tiffin found that Betts would not have died, had she not developed the infected pressure sores.

“We were distraught to find that the home had ignored the recommendation to refer her to see a settlement”, said Betts’ son, Stephen. “Nothing can bring her back, nor can it alleviate any of the horrendous pain and discomfort she went through in those final weeks”.

The Betts family, represented by Irwin Mitchell, has settled with Kersal Mount for an undisclosed sum.