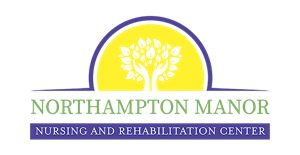 Any mistreatment of the senior citizen in a nursing facility can constitute neglect or abuse if it occurs at the hands of caregivers, employees, family members, friends, or other patients. Every member of the nursing staff and employee must protect their residents and keep them safe in their environment.

If your loved one was injured while residing in a Frederick County nursing facility, contact the Maryland Nursing Home Law Center attorneys now for immediate legal assistance. Let our team of lawyers work on your family’s behalf to ensure you receive financial compensation for your damages. Time is of the essence. All necessary documentation must be filed in the proper county courthouse before the statute of limitations expires.

This long-term care center is a 196-certified bed "for profit" home providing services to residents of Frederick and Frederick County, Maryland. The Medicare and Medicaid-participating facility is located at:

Our attorneys obtain and review data on every Maryland long-term care home from various online publically available sources including the Department of Public Health website and Medicare.gov.

The facility’s investigation report revealed that “staff last observed the resident around 5:00 PM. The facility had determined by 5:40 PM that [the resident] was missing and called a code ‘silver’ (elopement) as staff began a search outside the facility. Local emergency medical services (EMS) returned [the resident] to the facility at 5:55 PM.”

The investigative report detailed with the Director of Nursing “was called to return to the facility and any immediate ad hoc quality assurance meeting was held with the relevant staff to determine the cause of the elopement and how to prevent it from happening again.”

A “follow-up meeting was held on July 31, 2017, with available Quality Assurance Committee Members and department heads.” The Incident Investigation documented that the resident “had exited the front lobby doors with visitors, areas of concern were identified, with areas of improvement reviewed in an action plan developed.”

The Director of Nursing stated during an interview that they had “discussed interventions that are ongoing and in place. Staff education began the night of the elopement incident.” The Director indicated that the resident “can become unruly related to the ongoing use of a wander-guard [a management system that protects residents at risk for wandering and elopement].”

Documentation shows that the resident “currently does not allow a wander-guard bracelet to be placed on their person. The facility staff run code silver drills monthly. The facility had been practicing drills before the elopement on July 29, 2017 but have increased them to at least one per shift per month.”

Mistreated at Northampton Manor Nursing And Rehabilitation Center? We Can Help

Was your loved one mistreated while residing at Northampton Manor Nursing And Rehabilitation Center? Contact the Maryland nursing home abuse lawyers at Nursing Home Law Center at (800) 926-7565 for immediate legal intervention. We represent Frederick County victims of abuse and neglect in all areas, including Frederick.