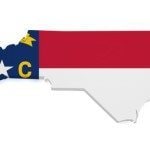 Local family members in Charlotte have begun to speak out about the poor conditions, abuse and neglect occurring in North Carolina nursing homes.

Kimberly Wyatt remains unable to forgive herself for placing her 65-year-old mother in the Brian Center of Hendersonville nursing facility for three years after suffering a stroke. This is because her mother did not receive proper care pertaining to her nails and skin.

In April 2010, Kimberly’s mother Jo Ann Howard was sent to Brian Center in Hendersonville, NC because her medical condition made her unable to feed or care for herself properly without assistance. Howard’s daughter indicated that her mother was dependent on the medical staff for around-the-clock assistance. However, when Jo Ann required help, her call button was often out of reach. Kimberly documented the problem in photographs.

In 2014, the Department of Health and Human Services paid the facility two separate visits to the Henderson Brian Center. The inspectors documented failures by medical staff by improperly caring for patients’ hygiene and incontinence issues, along with failing to follow doctor’s orders.

Charlotte-based Channel 9 reviewed hundreds of Medicare records revealing numerous reports on similar deficiencies in providing care to patients at dozens of North Carolina Brian Centers managed by its parent company Sava Senior Care. A former employee of a Charlotte Brian Center facility on Shamrock Drive spoke with Channel 9 Eyewitness News claiming she had resigned because of the lack of providing quality resident care.

Nearly any type of unsanitary condition in a nursing facility places every resident at an increased potential of developing a bedsore, infection or other serious health problem. When nursing homes are neglectful, they failed to provide the resident safe housing, proper hygiene and clean clothing. This is considered neglect and requires family and friends to take legal action to stop the abuse.

Any strong odor of feces, urine or perspiration in a nursing facility is usually an indicator of unsanitary conditions. In many incidences, the resident is left to remain in soiled clothing or lie on soiled bed sheets. Patients wearing diapers for extended time can develop serious skin conditions where the tissue breaks down causing pain, discomfort and wounds that can be become potentially infected.

In addition, poor hygiene of residents living in a nursing home facility is considered neglect. Any shower or bathroom facility that is not properly cleaned and sanitized routinely can produce the ideal environment for dangerous or harmful germs and bacteria. So too can the food preparation area or common areas in the facility if they are not properly maintained and cleaned. To ensure a safe environment, the tabletops, chairs, counters and other common areas should be wiped down and cleaned throughout the day. This will minimize growing bacteria and germs.

The medical staff and nonmedical workforce can exacerbate any unsanitary conditions by not following effective sanitary practices that include:

Any individual with a loved one living in an unhealthy or unsanitary condition in a nursing facility has to take legal action today. A skilled personal injury attorney can stop the negligence, remove the patient and place them in a more caring and loving environment. In addition, by filing a claim or lawsuit, the attorney can help the loved one seek justice against those that cause them harm.