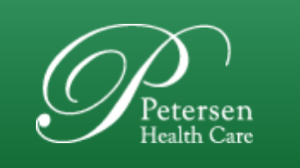 Nursing home negligence takes on many forms, where the nursing staff can misbehave, or other patients assault the resident because of a lack of supervision. Many nursing homes throughout Illinois are understaffed, or the administration hires inadequately trained Nurses and Nurse’s Aides. Other nursing facilities did not follow acceptable practices for providing the utmost care.

If your loved one was injured while living in a Kane County nursing facility, contact the Illinois nursing home affiliate attorneys at (800) 926-7565 now for immediate legal intervention. Let our team of abuse prevention lawyers work on your family’s behalf to ensure you receive monetary compensation for your damages.

This long-term care center is a "for-profit" 129-certified bed home providing cares to residents of North Aurora and Kane County, Illinois. The Medicaid-participating facility is located at:

The federal government and surveyors in Illinois have a legal duty to monitor every nursing facility and impose monetary fines or deny payments through Medicare when investigators identify violations of established nursing home regulations and rules. In serious cases, the nursing facility will receive heavy monetary penalties if investigators find the violations are severe and harmed or could have harmed a resident.

The nursing home received five complaints over the last three years that resulted in a violation citation. Additional information concerning the facility can be reviewed on the comprehensive Illinois Adult Protective Services Website.

To be fully informed on the level of care nursing homes provide, families routinely research Medicare.gov and the Illinois Department of Public Health website database systems for a complete list of deficiencies, violations, and citations.

The state investigators determined that the nursing home “failed to protect [one resident] from physical abuse. The situation resulted in [the resident] receiving a noticeable contusion and psychosocial harm of fearfulness of the threat of further harm.”

The resident who was assaulted stated “I have a fear, but there is nothing I can do about it! He [the aggressive resident] sits behind me, and he could do anything! He could probably break my neck. I just try to accept it.” The assaulting resident stated that he felt like the former Administrator “was not doing anything to protect [him].”

Do you suspect that your loved one suffered injury or died prematurely while living at North Aurora Care Center? Contact the Illinois network of abuse prevention lawyers at Nursing Home Law Center at (800) 926-7565 for immediate legal intervention. We represent Kane County victims of abuse and neglect in all areas, including North Aurora.

Our legal team invites you to discuss your case with us today through an initial, free claim consultation. Also, we provide a 100% “No Win/No-Fee” Guarantee, meaning you will not owe us anything until after we have secured a monetary recovery for your family. All information you share with our law offices will remain confidential.