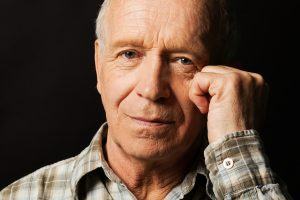 As of November 2015, Families for Better Care, a watchdog advocate group that protects the elderly, began ranking Missouri fourth on a list of the nation’s worst states concerning nursing homes. This is in response to Missouri inspection reports showing how many statewide nursing facilities have either caused or contributed to dozens of deaths involving the elderly in the last three years.

Additionally, ProPublica, a nonprofit journalist investigative group released a troubling report outlining allegations of verbal and physical abuse, rape and neglect that were uncovered through nursing home inspections in recent years. These disturbing inspections were performed by CMS (Centers for Medicare and Medicaid Services), managed by the Department of Health and Human Services. The massive database details deficiencies uncovered at nursing facilities all throughout the state. The report details deficiencies by their severity that shows harmful incidences or deficiencies that tend to occur as a pattern at the facility.

Many of the lives taken at the hands of caregivers acting negligently or abusively were frail victims who tragically died prematurely. This unseen pandemic commonly goes unnoticed even by state inspectors who perform routine certification and licensure surveys, and are required to investigate incidences of neglect, mistreatment and abuse. Many of the deaths are the result of life-threatening neglect that can be directly traced back to the nursing staff whom residents rely on to receive health and hygiene care along with assistance with exercise, nutrition and hydration. Many cases of unlawful neglect and abuse go unreported or are never prosecuted.

Poor care takes on different forms in nursing facilities nationwide. However, the most common types of preventable negligence and abuse involve:

Many families who place a loved one in a nursing facility are often unaware of the common signs of poor health, especially because of the natural aging process. However, there are significant signs that can reveal neglect, mistreatment or other signs that the loved one is suffering poor health conditions at the facility. If a loved one’s behavior or health changes erratically or unexpectedly, or the resident begins developing unusual and unexpected physical symptoms, neglect or mistreatment may be the root cause. In many situations, signs of confusion and lethargy are indicators of medication-related abuse. The most common types of signs and symptoms that go unreported involve:

Government Oversight Is Not Enough

By law, every nursing facility nationwide that receives federal payments must undergo inspections at least one time every year. During the inspection, state surveyors will assess and evaluate the facility to ensure that the nursing home meet standards of minimal quality of care and safety. Inspectors look for signs that every resident is receiving proper medicine, health care and hygiene assistance such as bathing, toileting and providing support of their diet and medical needs. In addition, the facility is required to ensure that every resident is provided a residential environment free of infections and accidents. However, government oversight is often not enough.

To ensure that a loved one is being treated with respect, dignity and proper care, family members with relatives residing in a nursing home should visit the facility and talk to other residents and staff members. Annual certification and licensure surveys along with the complete history of reported deficiencies, opened investigations and filed complaints are available for review through the Nursing Home Compare webpage on Medicare’s website www.medicare.gov.

Every state also provides an ombudsman as an additional source of data to provide nursing home information. In many incidences, legal intervention is required, were personal injury attorneys or nursing home abuse lawyers can take lawful steps to stop the neglect immediately. An environment of substandard care should never be tolerated and individuals that harm our most vulnerable citizens should be held legally and financially accountable.