A Kentucky nursing home was named in a recently wrongful death lawsuit filed by the widow of a patient who was allegedly neglected at the facility.  Donna Anderson’s lawsuit cites inadequate staffing and ongoing deficiencies as the primary reasons for her husband’s physical decline and eventual death at Madison Manor nursing home. 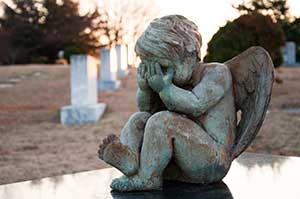 According to news reports of the lawsuit, Robert Anderson was at Madison Manor from April 9th through May 22nd of 2009 when he developed an infection on his foot.  The infection progressed to the point that his foot needed to be amputated and eventually contributed to his death.

A jury may eventually hear the evidence relating to the nursing home negligence allegations made against Madison Manor, its corporate owner, it nursing home administrator and other parties.  If found guilty, the lawsuit will seek both punitive and compensatory damages from the nursing home.  Read more about this lawsuit against a Kentucky nursing home here.

A Graphic Example Of Nursing Home Negligence: Amputation Of A Leg Due To Untreated Bed Sores