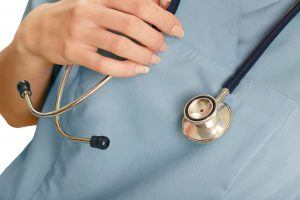 The disabled and elderly patients in nursing homes often live lives at the mercy and kindness of their caregivers. Unfortunately, physical assault, sexual abuse and mental anguish are often common occurrences to many vulnerable residents at nursing facilities nationwide. One purported attack involved a 50-year-old “non-verbal” woman staying at a Bethlehem Pennsylvania ManorCare Rehabilitation Center who was an alleged victim of sexual assault by a caregiver.

The incident allegedly involved 45-year-old Quakertown resident Robert Poindexter who has is facing charges of aggravated indecent assault against a woman noted to have “extremely limited movement.” The charges were filed after an extensive investigation that presented witnesses and testimony before a Lehigh County investigative grand jury. Court records indicate that the sexual assault against the victim reportedly by Poindexter occurred without her consent and that the woman would have been “unable to consent” due to her physical limitations.

Upon entering the closed door of the victim’s room, the nursing assistant witnessed the bed being in a “flat and low position.” The position of the bed and the door being closed were unusual. This is because the bed must be at an elevated level to accommodate the feeding tube and minimize the potential risks of aspiration when the victim’s bed remains flat.

Additionally, a certified nursing assistant (CNA) witnessed the assault and immediately reported the May 2013 incident to facility supervisors and law enforcement officers. As a part of her testimony, the CNA indicated that she also witnessed the alleged victim activating her bedside call button seeking help. The witness told law enforcement officers that she saw the alleged perpetrator at the woman’s bedside on his knees while sexually assaulting her with her “gown pulled up and diaper pulled down.”

Authorities indicated that the woman’s condition involves severely contracted legs and has her limited mobility of her hand that was caused by an aneurysm. The resident had the ability to activate the bedside call button by rolling her head onto it or moving her hand.

Poindexter’s has denied the charges and claims his story was different from the eyewitness account indicating that a back spasm caused by caring for the resident caused him to be on his knees. In addition, no injuries were found after the woman was evaluated even though she was taking drugs that can cause bruising.

However, Jay Jenkins, the Chief Deputy District Attorney for Lehigh County, says that the perpetrator targeted the resident because of her inability to say what happened. He stated, “She is the perfect victim. She can’t cry out, she can’t move away. She can’t say what happened.”

For Poindexter to be found guilty of the charges of aggregated indecent assault, the jury must conclude that the woman was touched by Poindexter without her consent, or must agree that her mental disability and inability to talk would make it impossible for her to consent.

While ManorCare did not make comments readily available to the public, they did suspend Poindexter from his position immediately after the incident was reported to administrators and law enforcement officers. If he is convicted of the charges, Poindexter could face up to 10 years in prison for the alleged assault on a vulnerable resident who was staying at the Westgate Drive rehabilitation center in Bethlehem.