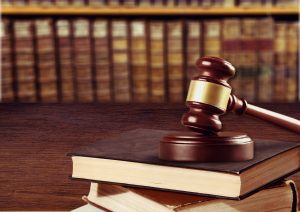 Many sexual assault cases against the elderly go unreported, especially when the victim suffers medical conditions such as confusion, memory loss or difficulty in communicating. In many cases, the perpetrator tricks, coerces or manipulates the other victim to have undesired sexual contact.

Often times, cases of elder sexual abuse involve live-in nurses, nursing home assistance, family members and friends or other type of caregiver who is trusted to handle their health and hygiene requirements. Statistics from a 1998 National Elder Abuse Incident Study indicate that more than two thirds of cases involving sexual assault on the elderly happen within nursing facilities. Such is the case that happened in a Minnesota nursing home when a nursing eight sexually assaulted a female resident suffering from Alzheimer’s disease and dementia in December 2014.

The incident involved 77-year-old Brooklyn Center, George Sumo Kapingbah who was working as a nursing home aide at Walker Methodist Health Center. Information from a criminal complaint indicate that a nurse at the facility was making rounds at approximately 5:30 AM when she saw Kapingbah sexually assaulting the female resident, who is considered to be in a comatose state.

The day following the sexual assault, the rape survivor mumbled while repeatedly pointing to her pelvic area. When told that her attacker was in jail and she was safe, she began crying.
According to court records, it was necessary that she begin taking medication to treat the possibility of a sexually transmitted disease. However, because of her dementia, the drug had to be administered intravenously because she was unable to swallow pills safely.

In September 2015, the accused pled guilty to third-degree criminal sexual misconduct for the incident that occurred in December 2014. The prosecution asked the Hennepin County District Court judge that Kapingbah receive a seven-year sentence, which is a longer sentence than guidelines call for. However, at sentencing, the judge tacked on an additional year when she cited “a double departure” from sentencing guidelines.

Even though substantiated incidences of sexual assault in nursing facilities are a rare occurrence, the cases of alleged abuse and neglect are on a sharp increase. In Minnesota, the number of complaints involving maltreatment at nursing facilities between 2010 and 2013 almost doubled from 283 to 553 cases. The Minnesota Department of Health investigated the sexual assault just after it occurred, noting that Kapingbah had previously participated in a course on the prevention and reporting of abuse at the facility.

If family members or friends believe that a sexual assault has occurred against an elderly citizen, it is essential to make immediate contact with government law enforcement to ensure further investigation. Elder sexual abuse can be identified by a state assigned investigator through answers given by the victim about their current living environment, mental stability and relationship to the alleged perpetrator.

Keeping an elderly senior citizen safe from sexual or physical abuse is crucial to their health and well-being. This is because any experience of abuse, even a simple case, increases the potential risk of early death by more than 300 percent compared to individuals who have not experienced abuse. Studies indicate that elder abuse victims have significantly increased psychological distress issues compared to older adults who were not victimized. In addition, survivors of sexual assault often experience other health care problems compared to other elders such as joint and bone problems, anxiety, depression, digestive issues, high blood pressure, heart problems and chronic pain.