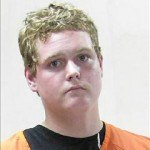 (CAPTION: Allen Franks, Timothy Stromberg and Bruce Brecht were all arrested in connection to multiple rapes at the Anamosa Care Center.)

In Iowa, new details have emerged about extremely disturbing incidents in which two male staff members repeatedly raped a female resident at the Anamosa Care Center

In June, a 21-year-old female resident came forward with allegations of being raped on multiple occasions. At the time, the resident, who is mentally retarded, said the rapes happened over a period of five days.

Now, police have discovered that three men were involved in the rapes. One, Bruce Brecht, served as a “lookout,” while the other two, Allen Franks and Timothy Stromberg, took turns  raping the resident in a hallway.

The 76-bed Anamosa Care Center, which opened last year, has a history of serious incompetence. According to a state Health Department survey conducted in February, Anamosa was found to have a number of violations, including:

Another recent survey found that Anamosa failed to perform proper background checks, and as a result had registered criminals among its staff.

On Medicare’s “ Nursing Home Compare” Web site, Anamosa received one star out of a possible five for its overall rating. Its “Staffing” rating was also one star out of five.

If you or a loved one feel you suffered abuse as a result of your stay at Anamosa Care Center, I would welcome the opportunity to speak with you about your legal rights. All of our initial consultations are free and confidential.

Never Discount the Real Impact of Sexual Abuse in the Disabled

Abuse & Cover-Up At Assisted Living Facility Caring For The Disabled